iKON article "Why Love Scenario by iKON is Song That Captivated Children and World?" 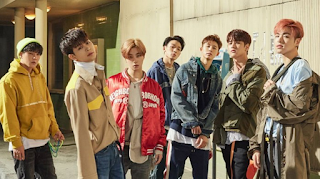 In 2018,there’re songs that stood out among children and worldwide.iKON's "LOVE SCENARIO" and Pinkfong’s "Shark Family".Why these songs became popular, adults might have questioned them once ... pic.twitter.com/QNSxoV8tBp
— 에라ish (@syh_bae) October 30, 2018

Source and Translated : as Tagged

In 2018, several themed songs were especially popular. Among them, there were two songs that stood out among childrend and worldwide. It is iKON's "Love Scenario" and Pinkfong's "Shark Family". WHy all of these songs suddendly became popular, and adults might have questioned them once. In this article we will look at the reasons step by step.

Everyone Followed the Craze "Love Scenario"

2018 is a particular significant year for iKON. This is because Love Scenario, which was released last January, received a special love from kindergarten/schoolers. When one person started singing, they all led to a singing along crowd. There was even a ban in classrom for Love Scenario. The video of kinderganrteners singing Love Scenario with their infamous immature yet cute pronounciation made everyone smiles.

Simple and addictive lyrics and melodies

So, how did "Love Scenario" capture children's minds? Simple, addictive lyrics and melodies. There was also opinion by various experts about this reason. Lee Minsuk, a representative of MBC "Bbo BBo BBo" and "Singing Friends La La La", chose the simple melodi of 4/4 beat, which is familiar and easy to follow, as the reason why the song becomes most popular song. There are also children songs that we familiar with like "Three Bears", " Mountain Hero" and all the songs are composed of 4/4 beat.

In addition, Proffesor Jang Junhyuk said that the sound of hitting at the same time interval was the cause of the addiction. Addictive songs usually have a medium fast tempo, and Love Scenario has that kind of characteristic. Music critic Im Jinmo says that the lyrics of the song, ending with "-da", would have had a major impact on the popularity of this song.

The addictive melody and simple lyrics of 'Love Scenari' have producered many parodies. The children usually changed the lyric of 'I have loved' to 'I have don homework', 'I played soccer', 'delivery has come' and so on. In fact, in Youtube and Mom Cafe, you can easily find out how they sing and how they write the lyrics in their notebooks learning alphabets using the song. On the other hand, the elementary school student say that they use the lyrics even more deeply for history study!.

Thank you for loving Love Scenario

How did the original writer react to the craze that "Love Scenario" has made for the first time? "Actually, the song was compossed in two hours by three people while playing and having fun" said B.I of iKON, who wrote the song himself. "I think they like it because we worked on the song with such pure heart", Member Junhoe also said, "I'm glad tat it became a song for childron to remeber when they were young."

Their song will remain a song that can remind a generation of an era! Just hearing about it makes my heart throb. I think this is the greatest honor for a singer.

Thanks to their great love, YG Entertainment, the company affiliated with iKON, hosted "PiKONIC DAY" at Hangang Park on August 4. On that day, iKON sang Love Scenario for three times. They were deeply grateful to those who liked the song and performing together with the kids who topped the " Love Scenario cover contest."

I play two songs repeatedly for the article, and it seems like the rhythm keeps playing in my head. We've looked at iKON's Love Scenario, which has been popular with kindergarteners and elementary school students, and Pinkfong's "Shark Family" that has received the attention of our children as well as the rest of the world. It would be great if there were many songs that both children and adults could relate to and feel, such as Let It Go from Frozen and Try Everything froom Zootopia. What songs will make us one in 2019? I am looking forward for that music that will continue to be created for everyone can enjoy regardless of genre, age, and nationality!