Hip Hop Gateway to Success, "Who are Show Me The Money Winner Before?" iKON Bobby - Bewhy - Nafla 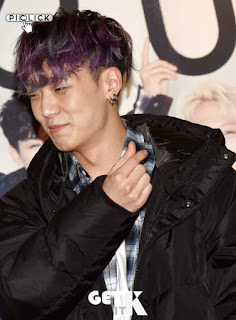 Hip Hop Gateway to Success, "Who are Show Me The Money Winner Before?" iKON Bobby - Bewhy - Nafla

Bobby who made his debut through iKON and makes his face to be known by public.

iKON's My Type and Goodbye Road get so much love when it was released and didn't miss to get #1 on music chart. Especially "Love Scenario" that's settled as a national love song and iKON become the president picked by elementary students.

It's Bobby who participated in writing lyrics for these hit songs. Not just the skill for rapping, he also has an extraordinary ability in writing lyrics and producing, and his fashion sense is also outstanding, he attracts people attention so he is titled as a fashionista.

With a rap performance skill that close to perfection he won Show Me The Money 3 in 2014 and become hot topic. At that thime of his appearance on the show, he was receiving bad comments with his title as an "idol" on that show, but after winning all over it, he finally became the whinner of that program in the end. iKON comeback on last October 1 and received so much love from many people.