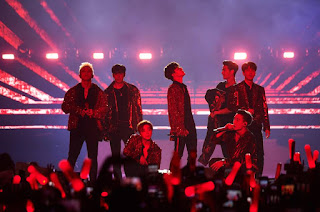 Voting has opened for the 2018 Korea Popular Music Awards.

On November 26, six days later than the original planned date of November 20, the website was launched.

In addition to the nominees announced on November 19, the nominees have now been revealed for all of the categories.

Voting is available here and will be open through December 16 with the exception of the Popularity Award, which will close on December 20 at 12 p.m. KST.

The ceremony will take place on December 20 at KINTEX in Ilsan.

Check out all iKON Nomination below: