iKON Has Crossed the Fandom Boundary with 'LOVE SCENARIO' 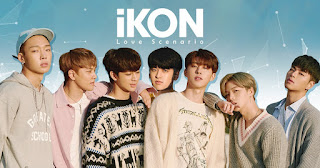 “Most of the time, idol’s popularity is only limited to their fandom. This year, iKON has passed that line with ‘Love Scenario’

JoyNews24 did a survey of the ‘Best song of 2018’ and entertainment company employees, producers and journalists joined. iKON’s ‘Love Scenario'  got 1st place. ‘Love Scenario’ released in Jan. this year pulled an insane amount of popularity, almost syndrome like. It’s amazing to get get 1st for daily, weekly and monthly but also got an explosive amount of interest from young kids and became ‘president of the kids’. (Trans by : K8indaeyo)

Idols popularity is often limited to their fandoms. This year, iKON has crossed that boundary with "Love Scenario".

To Welcome the 14th year of its founding, from 19 October to 26 October, JoNews24 has asked about the "Best Song of THe Year 2918", 'Most Welcomed Comeback Singer of the Year 2018, 'Singer Who's Thought to Have Made The Greatest Revearsal in The Year of 2018'. (A total of) 200 people working in the (entertainment) industry, such as staff from entertainment companies, producer and entertainment reporters/journalists participated in the survey.

It was a three way battle for the 'Best Song of The Year 2018', iKON's Lve Scenario' got 1st place with 57 votes, BTS's Fake Love and BLACKPINK's Ddu-Du DDu-Du, tied in the 2nd place with 36 votes. Besides 'Fake Love', BTS got 10 votes with 'Idol', 5 votes with 'DNA'receiving a total of 51 votes. BTS the only team that got listed with several song.

Love Scenario, Which has released in January this year, has gained syndrome-like (i.e. sensational) popularity. It's incredible to have gotten 1st place on the Real Time. Daily, Weekly and Monthly charts on digital music charts, and there were many sing-alongs and videos of cover songs with modified lyrics, which made iKON the 'commander/president of elementary school students' as they gained popularity among the elementary school students. Through the mouths of children, 'Love Scenario' has been passed on naturally to their parents' generation, and its popularity has trancended the fandom.

The fact that most of yall think PAKs are the only reason why Love Scenario deserves Song of the Year, shows how we’ve not been loud enough about this song dominating on EVERY digital aspect. You may not like it, but numbers don’t lie. pic.twitter.com/ICxozUAOmd

why love scenario is the soty? check it out yo pic.twitter.com/zdOPTFhEnN