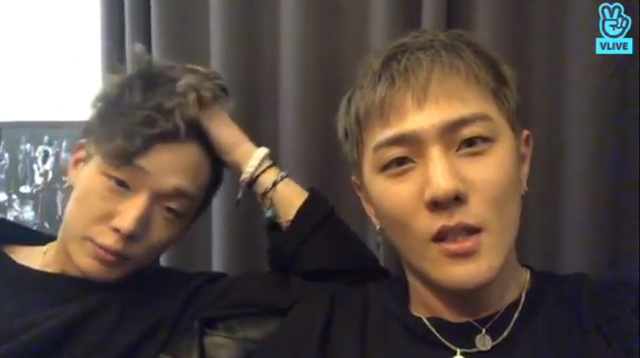 bobby and donghyuk are talking like how donghyuk was talking yesterday..

dong: we want to do a long live but the battery is low..

dong: and we dont have a charger..

bobby: charger.. the charger for us is iKONIC...

dong: i dont understand why everybody is asking we are drunk...

donghyuk: if we say akdong.. then isnt it block b sunbaenim

bobby: if we say block b.. then isnt it-

donghyuk: how about u stop..

bobby: how about we low 2 steps from sun-MI to sun-DO boo (student council)

bobdong is talking about YG and said that theres a rapper called YG in america but these days, if u put YG into a translator, then they see their sajangnim..

donghyuk: if i say to sleep well, wouldnt they (ikonics) sleep well..

hes talking about do re mi.. the musical notes..

that was just 10 minutes of non sense , i swear even a professional translator wouldnt have been able to keep up 🤔

Bobby: When it comes to love, isn't it love scenario?

Bobby: Isn't it made possible by iKONICs?

Dong: Should we head home?

Bobdong: We have no idea

they said they didnt drink tho.. only coffee

akdong means 악동.. its like bad boys, the word is used to decribe block b a lot

Why yall like this?
Bobdong: We dont even know

Donghyuk: I don’t even know how to turn off this live

::we ok we can listen to your nonsense forever who said you must to go::

The fact that they can go on saying nonsense for 10 minutes is what matter—않나?

It is hard without (phone) charger...
If charger then... ain’t if we talk about our (energy) charger, it gonna be iKONIC?
Of course iKONIC is our charger.. our high-speed charger

As always iKON didn’t forget to sugarcoat us pic.twitter.com/JyTLEPUwef

Bobdong talking about their 2018 broadcast shows which they were in on tv suddenly Bobby said 'it came out on YT' then Donghyuk: it's v-live now let's not mention YT but we'd just say it as smthg where Chanwoo lives