DOUBLE B (Bobby, B.I) Will Release Hiphop Duo Album, Estimated date is around May 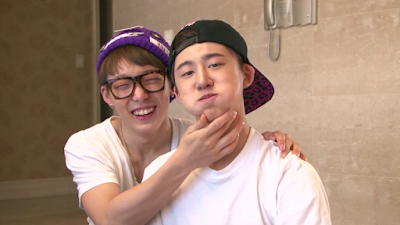 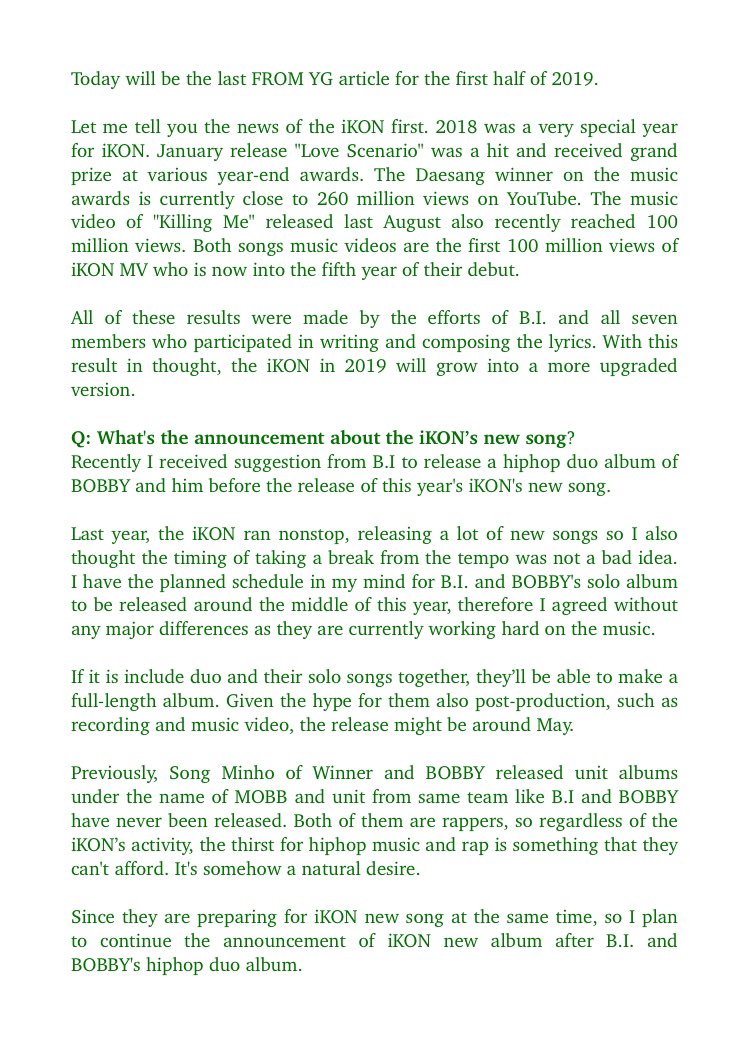 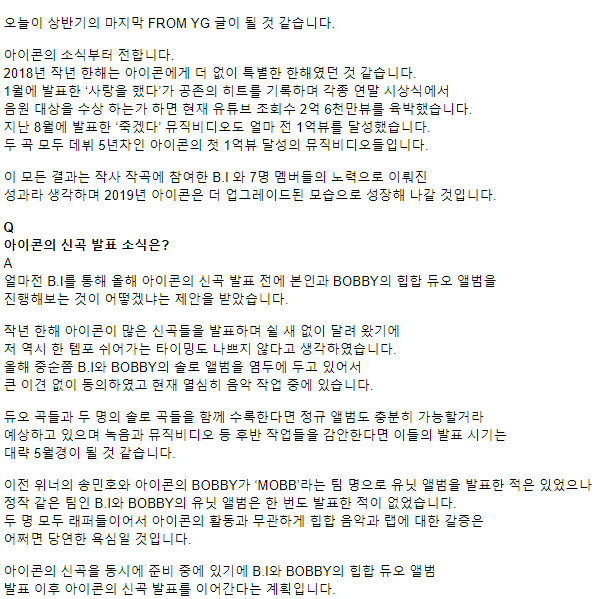 Similar to BOBBY's unit as 'MOBB' previously, B.I & BOBBY who are from the same team will release a unit album. Hanbin recently proposed to release a hip hop duo album with Bobby before iKON's new song and YG agreed. Both are currently working hard on composing/writing songs. pic.twitter.com/QOSUqoR3fw
— 베비밥 🌊 (@babybab95) February 11, 2019

A full album is likely possible if both duo and solo songs are included. Estimated date is around May after recording and filming of Music Video(s). pic.twitter.com/SKIvZNnQoI
— 베비밥 🌊 (@babybab95) February 11, 2019