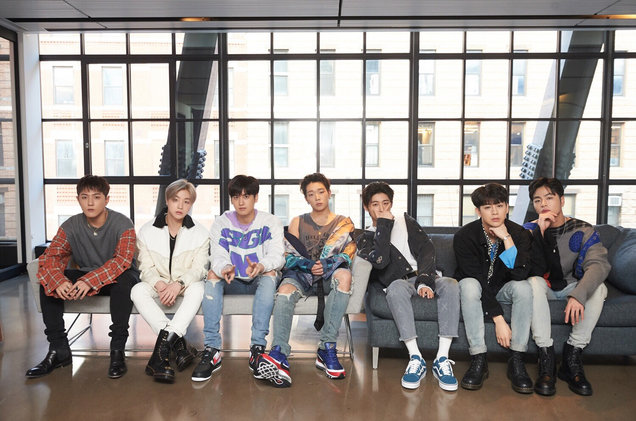 During their first visit to America, iKON (@YG_iKONIC) opens up about playing @SXSW, their @Samsung partnership and collaborating with @FortniteGame https://t.co/YGB5BG5oHe pic.twitter.com/JznpTqVpGC

"We're trying to make music that has been unlike what iKON has shown," leader B.I says of the band's future plans, which they hope includes a U.S. tour.

Despite iKON making an impactful debut on the K-pop scene in late 2015 -- including sending their debut album Welcome Back to No. 2 of Billboard's World Albums chart, only in early 2019 has the boy band made their way to America. The guys certainly made the most of their first visit with B.I, Bobby, Jay, Ju-ne, Song, DK and Chanwoo hitting both Austin, Tex., and New York City last week in two special opportunities to meet their long-waiting U.S. supporters.

Not only did the boy band headline SXSW's 2019 Korea Spotlight showcase for their first-ever stateside performance but then bounced to New York for another performance and celebratory event at the Samsung 837 headquarters. At the top of the month, Samsung announced it was bringing K-pop into the world of Fortnite with exclusive iKON-inspired elements with the band acting as a face of the electronic brand. Available only on Samsung's newly launched Galaxy S10 phones, Fortnite players can play with a look inspired by iKON member Chanwoo -- known as the "iKONIK" skin -- and use an emote dance move from his band's major K-pop hit "Love Scenario."

After fans lined up for hours to get a chance to be part of their intimate NYC debut -- including some who were turned away from lining up too early the night before, according to staff -- the guys took over the Meatpacking District space alongside famous pro-gamer Ninja. Fans were treated to the iKON members, Ninja and other lucky attendees playing three rounds of Fortnite together -- giving iKON fans a rare glimpse to see the guys unwind with some game playing -- before the septet took the stage.

While iKON kicked off with a choreographed rendition of "Love Scenario," the band opted for a more loose and freestyled approach to their set. The guys rolled through past releases like "Bling Bling," "Rhythm Ta" as well as solo performances by members B.I and Bobby, the latter of whom sprayed the crowd and a camera man with a water bottle he opened up on the crowd leading to him nearly wiping out mid-performance. Altogether, the game-playing and freestyled performance gave fans a unique look into iKON -- both as a band and as gamers -- and hinted at how much opportunity there could be for the band's laid-back demeanor to connect with U.S. fans who typically appreciate K-pop idols who can loosen up in front of audiences.

Billboard sat down with the iKON guys ahead of the festivities, getting their thoughts on their major U.S. trip, where they see partnerships with Samsung and Fornite could lead, and what's coming next.

How's your time in America been so far? How was SXSW?

Bobby: It was our first time performing in the States so I never though and we never expected the crowds to be so energetic and so loud. It was really surprising, but it was really dope.

You're here in New York for a gaming event with Samsung. First and foremost, are you guys big gamers?

Bobby: In Korea, there are these PC cafes where there are a bunch of computers at one place. We often go there and play Fortnite all together.

Do you guys get recognized there?

Bobby: Everyone in there, they're all there playing their games so they don't really care. [Laughs] But Chanwoo's the biggest gamer among us all.

Yes Chanwoo, the iKONIK skin is inspired by you. What was your reaction to seeing yourself in this digital form?

Chanwoo: So, I was waiting for this collaboration to kick off and waiting for the skin, and when I finally saw it I was blown away. Even though the developers didn't necessarily know me well, they paid so much attention to the details, especially with the black mask that I frequently wear. It was amazing to see.

B.I: I would say it was inspiring to see him in it because Fortnite is obviously a very internationally renown game. To see Chanwoo be a part of that was amazing. Honestly, I think his character, the skin, is better looking than him in real life. [Laughs] But also in Korea, in order to become a character in a game, you have to be really famous -- you have to have made it. To see Chanwoo as a character, I was really proud of him as a member of his group.

What was your reaction to the emote that performs the "Love Scenario" choreography?

Chanwoo: It was great to just see myself portrayed as a character in the game, but to see our song featured as an emote, it was amazing. Not just for myself, but for all my group members. We're all so proud and so happy that this is happening. And also, I will agree [with B.I] and say I think that the character dances better than I do. [Laughs]

There are so many great iKON choreographies that I think could work as future emotes too. Any others you would personally want to add to the game?

B.I: In the future, when we have more albums and more songs, I think there will be some great opportunities to feature our choreographies in Fortnite, for now we love the fact that the "Love Scenario" is there. But maybe "Bling Bling" or "Killing Me" would all be good options.

Bobby: I would say "Ryhthm Ta."

Recently, Marshmello held a virtual concert on Fortnite that brought together 10 million people. Would iKON be up for the challenge?

Bobby: Woah, it's going to be so fun. We are ready. It's so true that K-pop is bigger and more accessible these days and honestly that's the most interesting thing to us. Every time we perform at an international concert, they don't know what we're singing or what we're saying but we're one by music.

Talk to me a bit more about your partnership with Samsung.

DK: It's really an honor to collab with Samsung. We've been to a few countries -- the Philippines, Singapore -- and we got to introduce and show the Galaxy S10. That was really an honor because, at that moment, the cell phone wasn't even out and we got to see it and show it for the first time. It was really cool and we're really honored. A lot of fans came out too when we're performing so it's been a really great time to collaborate with Samsung. And they even give us our own smartphones. We posted on Instagram, "We have this!" The camera's crazy, it's really wide and really cool. It's good to film our choreography videos, when we're practicing and for taking selfies on stage.

Song: Obviously today is an event related to the Galaxy [phone], but after today I think we would like to collaborate with Samsung in other creative ways. We're open to any ideas! We believe Samsung is really innovative and they've always been successful at what they're doing, so we'd like to continue our partnership in the future in really any way.

What's coming next for iKON? We know a duo album between B.I and Bobby is coming, what can you share?

B.I: First and foremost, we're really busy preparing the duo album but we're also preparing our next iKON album. It's a little too early to say anything about the music yet, but we're trying to make music that has been unlike what iKON has shown before -- something new. But in the future, if we have the opportunity we would love to come back to the U.S. and tour to meet our fans here.

Do you have a message to fans?

Ju-ne: I want to say we're very thankful [for these trips] and if the opportunity comes, we would love to perform for our longtime iKONICs in the U.S.

DK: It really was an honor to [make our live] debut in the States and we realized we can meet a lot of fans here. I really hope and wish to visit the other states, see the iKONICs there and hope to see you all again soon. So, thank you for the huge love. See you! 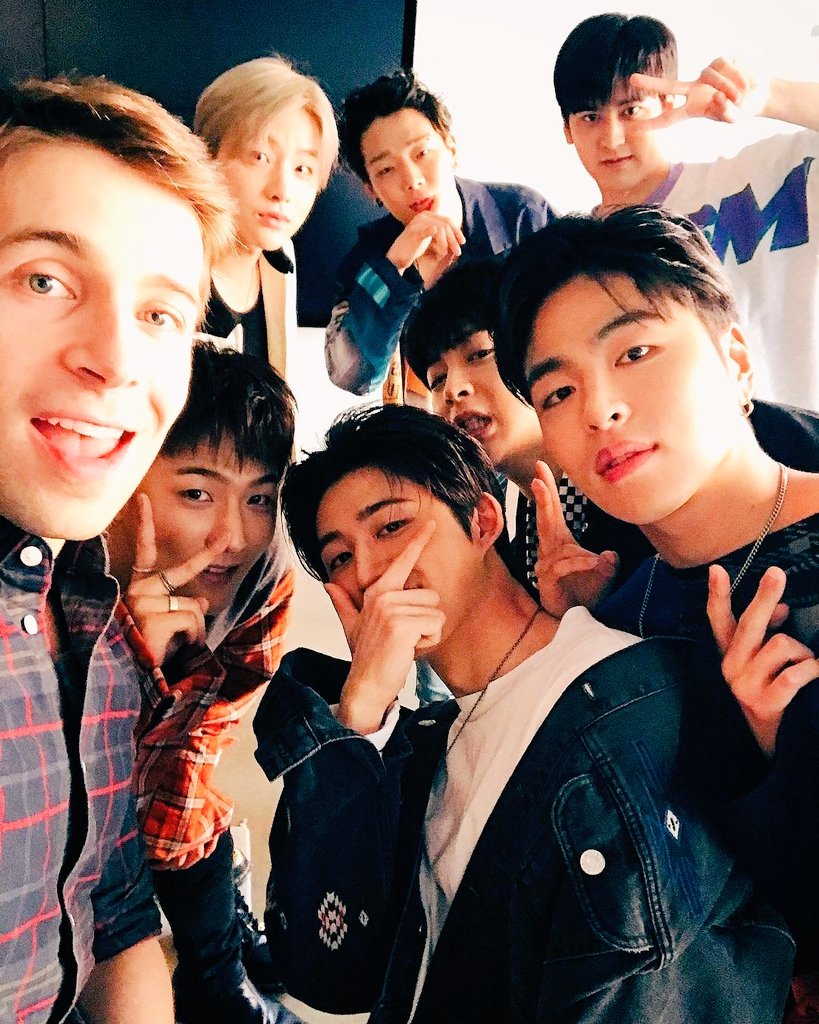