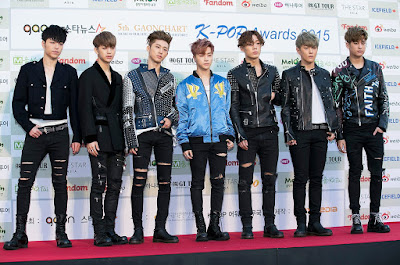 SXSW is fully underway in Austin, Texas, including an all-star lineup of musicians, politicians, tech gurus and more.

The social media world also seems to be blowing up about the festival, with over 729,800 mentions and 3.6 million engagements. The buzz peaked on Mar. 10, due to the presence of political figures Stacey Abrams, Representatives Will Hurd and Alexandria Ocasio-Cortez and Senator Mazie Hirono.

Rivaling the political matters, K-Pop band iKON was mentioned 79,000 times in connection with SXSW after they announced their performance at the festival, and generated 255,400 engagements. This is the first-time a specific non-political activity takes the lead during this year’s SXSW social media activity, according to a press release. Additionally, the biggest buzzing hashtags include #iKONatSXSW, #iKON and iKONisComingUSA with 2,400 mentions.

Continuing the K-pop SXSW rule, Ariana Grande was one of the top celebrities mentioned on social media for the festival, with 3,100 mentions thanks to South-Korean singer Chungha covering her song.