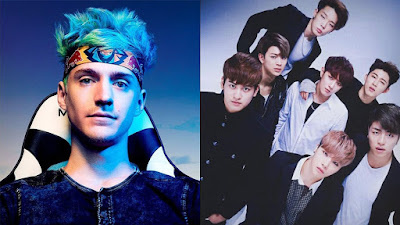 After a long day of qualifiers on March 16, players were able to score a chance to play against popular Fortnite streamer Ninja - alongside iKON, who even received a special skin and emote just for the event.

In fact, the event marked iKON’s very first appearance in the United States, who may have teased a possible upcoming tour across the country.

iKON claimed that they loved Fortnite due to the game’s emotes, and said that their dream squad would include Ninja and rapper Drake, who went live with the streamer in 2018.

The group went on to play Fortnite’s brand-new ‘Detonation: Attack vs Defend’ Creative island, and afterwards gave fans a special performance of their song ‘Love Scenario.’

While iKON’s performance was the highlight of the evening, a trailer for Fortnite’s new Detonation mode also marked a major win for the event, gifting users a new method of play for a limited time.

Detonation: Attack vs Defend tasks attackers with destroying two objectives on the map, while defenders must protect the objectives for a grueling 10 minute time limit.