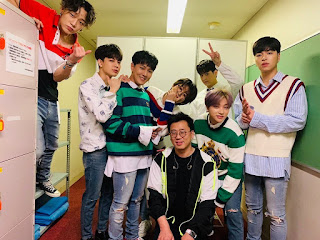 MC Furuya Masaki : Today I was the MC for the Nagoya stops for iKON's fanmeeting tour, which they're holding for the first time in three and a half years‼️My back and forth with the members was too funny, and I laughed so hard 🤣 Fans, thank you for your passionate support from start to finish 😊 I'm also grateful for your warm cheers‼️ Good work today to the members as well~

When they were all saying the secrets about June, they were saying things like he's loud or should stop drinking, but then at the end Chanwoo was like "I love June."

During Yunhyeong's turn in the curling game everyone was getting in his way. Bobby was smacking his butt and lifted his shirt to hit his back directly.

[t/n: chinchikochin means "very hot" but it sounds similar to the jp word for dick]

When they say bad gossip about someone from the losing team

MC: Chanwoo, you've been to Nagoya a lot of times, so do you know any Nagoya satoori?
June: Eh? Suntory whiskey?


MC: How are you, Bobby?
Bobby: I'm good!
Yunhyeong: Why are you wearing sunglasses?
Bobby: The future is so bright...

June: Hitsumabushi is for a man's stamina!
MC: What's the difference between Japanese and Korean eel?
Hanbin: The ojitsuke is different!
Everyone: ??
Hanbin: Ajitsuke... ochazuke!! ...ochitsuku?

?: You're an awful drunk so quit drinking!
June: Ah this is Jinhwan~
Jinhwan: No it's not! ...but I can speak Japanese this well so it is Jinhwan lol

Dong: I'm really sorry but is it okay if I go to the toilet?
Donghyuk ran toward the bathroom
June: "What's so urgent! Are you peeing or pooping?"
When Donghyuk returned June asked him, "What did you do (in the toilet)?"

June had to do the batsu (punishment) game today.
While showing their silhouettes (behind the veil), Bobby was suddenly showing his abs/stomach.
Jinan: Everyone! (Bobby's) taking off his shirt!

Chanwoo: (Pointing at June & Jinan) You guys drank until 3 a.m. in the morning.

During the guess-the-picture game, there was no marker/pen
Jinan: There's no pen (to draw).
Furuya: Ah, sorry, sorry.
Bobby: There are a lot of pen *pointing at the crowd*.
Jinan: Those are FANS (not pen).
Furuya: As expected of our King of Lyrics.

During June's batsu game,
Yunhyeong intended to do a payback to what June said the other day, but June couldn't understand what he was saying. It was cute how June teased Yunhyeong about his poor Japanese skills.

Donghyuk asked a permission to go to the toilet before the last game started. When he left, they were wondering how long it would take then Junhoe said... “The problem is whether he’s pooping or peeing” and Furuya-san said “You don’t have to say that” LMAO 😂

190429 Nagoya (1st)
When they were doing the curling game, Junhoe won’t stop distracting Hanbin, Yunhyeong and Donghyuk by shouting nonsense stuff near their ears 😂 When he did it to Hanbin, Hanbin said to Junhoe “You smell alcohol” 😂😂😂😂

190429 Nagoya (1st)
Junhoe said he went to izakaya with Jinhwan yesterday night and enjoyed different snacks. Furuya-san said “Of course, idols should not be drinking, right?” which Junhoe and Jinhwan replied they didn’t drink at all.

Junhoe even said that drinking is not the right manner. Then Chanwoo revealed that they both drank until 4am LMAO Then Jinhwan denied it by saying “We were only up until 3am” and Junhoe also said “I was up until 4:30am”LMAO So Junhoe apologized that he looks swollen again today😂
190429 Nagoya (1st)
There was a game where they had to guess which member the zoomed in picture is. When it was revealed it was Hanbin, Junhoe teased “B.I you look so thin there and handsome. Now, you’re just a pig” HAHAHAHAHA


The next photo was Bobby (if I remember it right) but at the side you could see Hanbin and Junhoe said again... “You look so thin there. Now you’re just a pig” HAHAHAHAHAHA

190429 Nagoya (1st)
Junhoe revealed that Hanbin’s Japanese has improved a lot because he’s been an otaku LMAO Recently, he watches a lot of anime. Bobby asked Hanbin to sing a song from the anime. So Hanbin sang and Furuya-san asked from what anime it is.

June: Yesterday I went to an izakaya (japanese bar), the snacks was delicious! But I didn’t drink alcohol!
MC: That’s right~ He didn’t drink~
Chanu: He drank until 4am!
Jinan: Wrong, wrong, until 3am (lol）
June: Wrong, until 4:30 (lol)

In the game, in the losing team one person had their negative sides told

(t/n: “koufun” that hanbin said could mean both excitement and arousal,,)

June: BI is studying Japanese through anime! Sing the song, the one!
Hanbin: Are you angry~ are you angry~ what got you so angry~

The song is from an anime called Back Street Girls: Gokudolls which is about 3 yakuza men becoming a girl group NSJSJS

Bobby: Jinaaaan. Becomes drunk~ Comes to my room~ Hits me~ You’re older than me but~ If we were the same age~ You would

Dong: Jinan-san is small
Jinan: I'm not small
Bobby: Try standing up
Jinan: *stands up as told*
Audience: Small... *whispering*
Jinan: *angry face*
June: *stands up right next to Jinan*
Jinan (to June): YOU SIT DOWN! 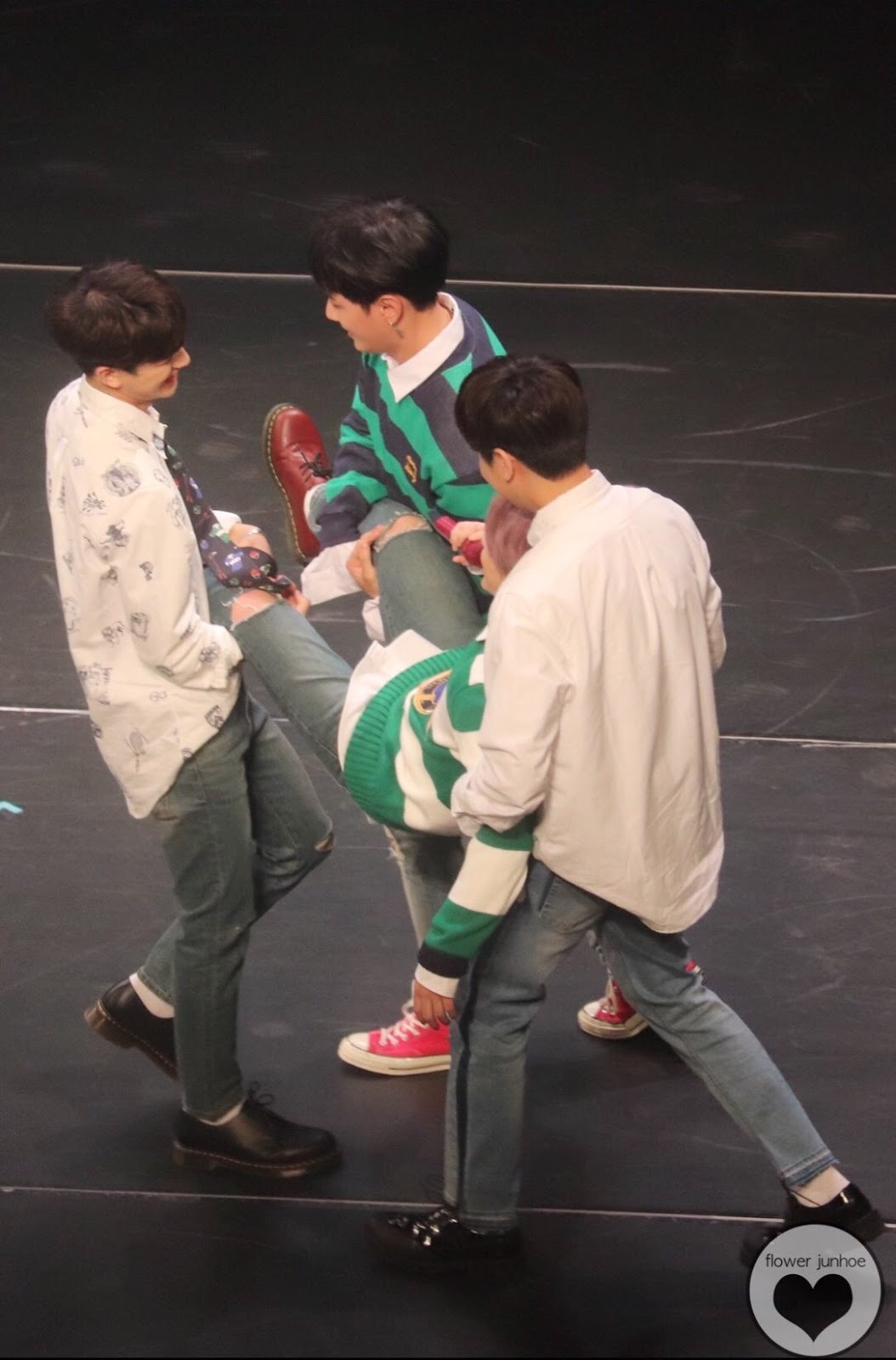 we are alive at the same time as jung chanwoo. we are truly blessed💚🖤