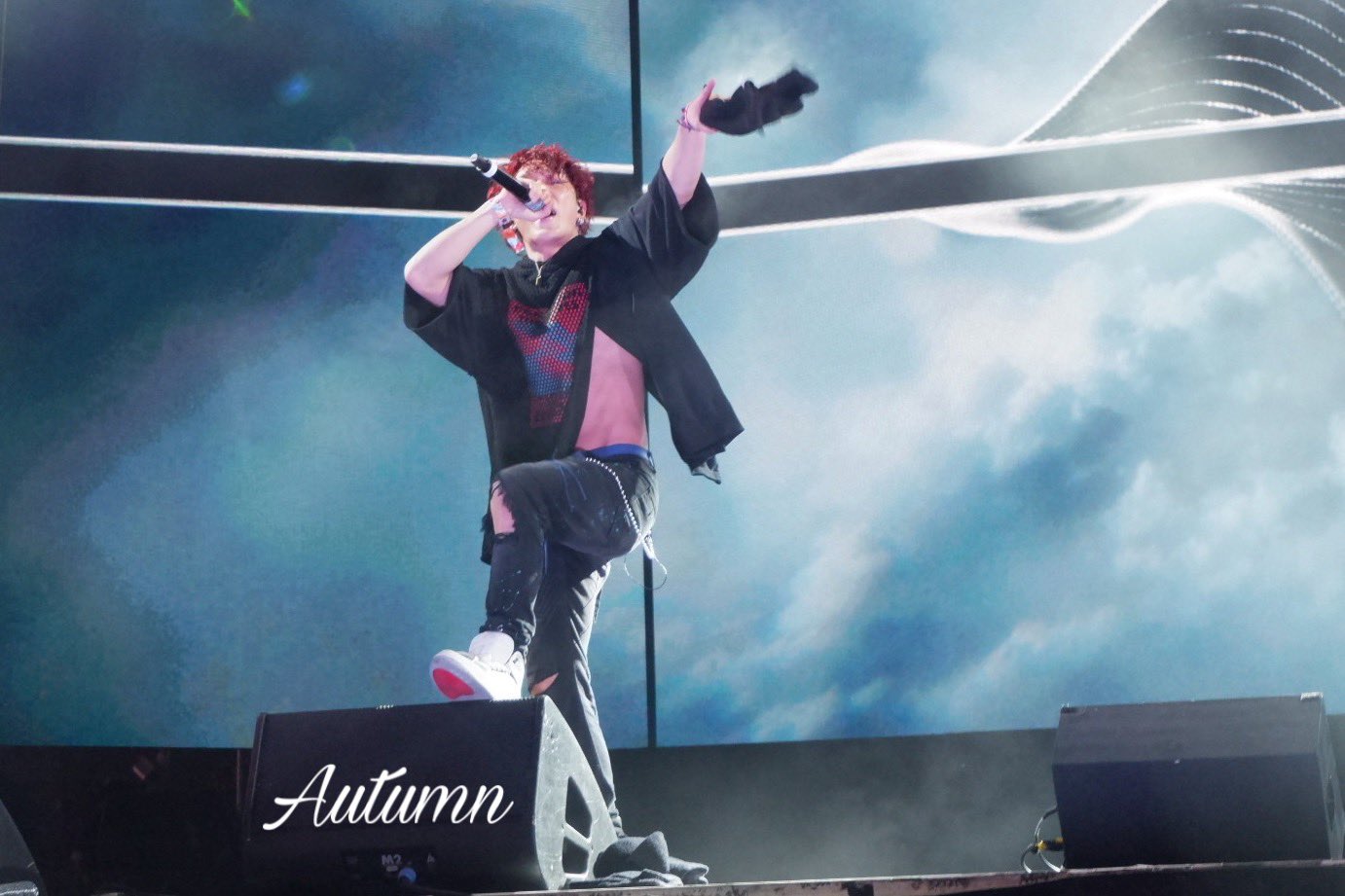 iKON, Niki and the rest of the Heads in the Clouds celebrated all things Asian pop culture at this year's festival. https://t.co/SXsqHsaKRK
— billboard (@billboard) August 18, 2019

One of the most anticipated performances of the night was without a doubt the K-pop group iKON, whose fans with their baseball bat-shaped light sticks illuminated the crowd red. As it was the group’s first time performing in L.A. since their debut, expectations were high, with fans camping out since the wee hours of the morning just to get up close with the guys -- and they delivered. Though the now-sextet’s entire set was hype from start to finish, no song resonated more with the crowd than last year’s “Love Scenario.” With smiles from ear to ear that mirrored each other, both the iKON members and their fans sang the hit in sync together.
Later, during the festival's closing performance, they specifically shouted out iKON and thanked them for coming all the way from Korea by playing “Love Scenario” in their honor. (The group had already left for the airport.) And even though the artists on stage did not sing along to it, the crowd had that part down, taking the lead singing the lyrics in Korean. Joji and Rich Brian did show the audience some moves of their own, though!
iKON’s Bobby stopped their performance to look out for fans
Being one of the most anticipated acts of the festival, things got pretty wild in the crowd. Mid-way into their performance of “Freedom,” Bobby had to cut the music because people at the front were getting crushed and fainting. Soon after noticing the situation at hand, the rest of the members reached out for the water bottles on stage and started giving them out to the crowd. “We need y’all to be careful man, please,” Bobby pleaded before jumping right into their final song, “B-DAY.”
Admin
2 Comments
Article , Billboard
Sunday, 18 August 2019