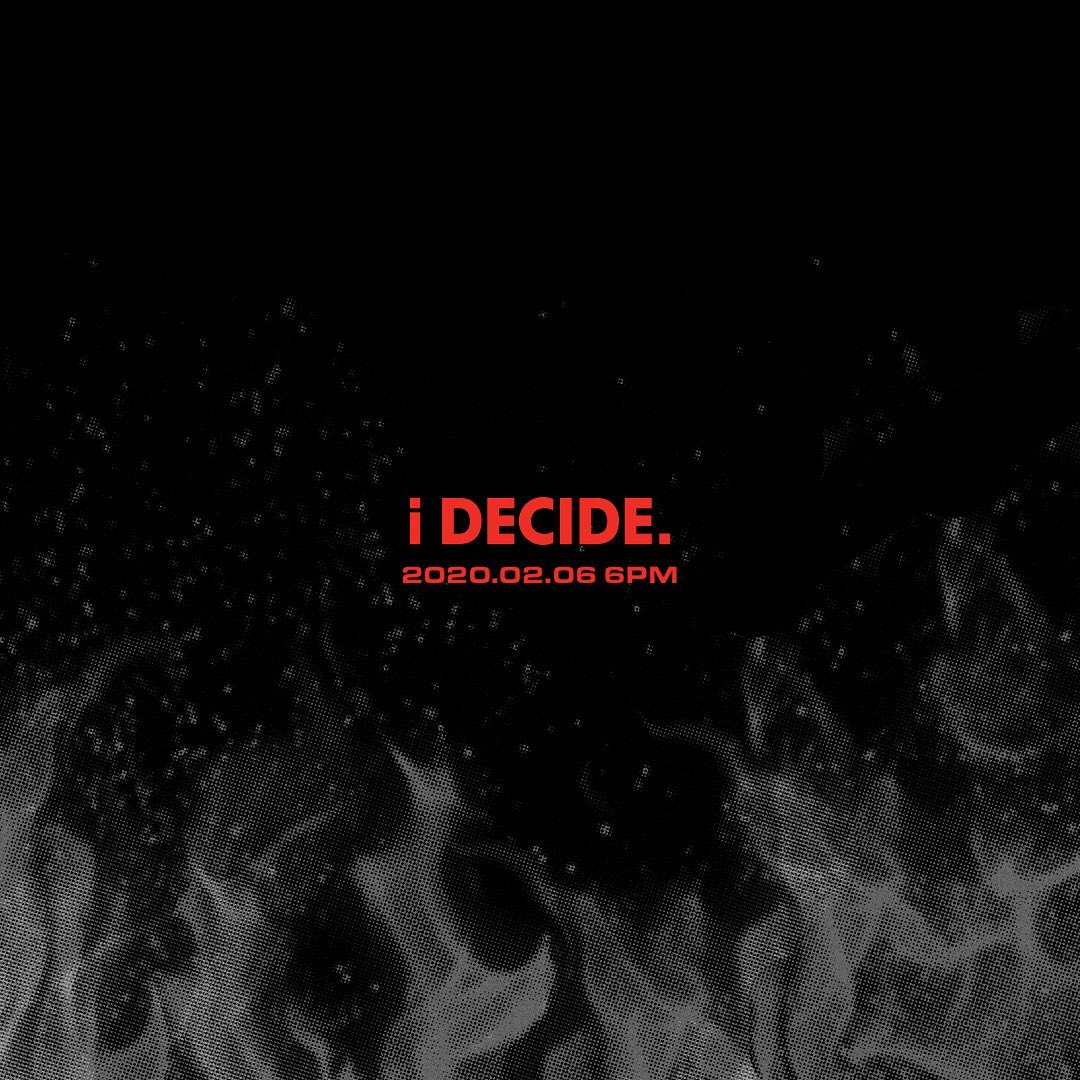 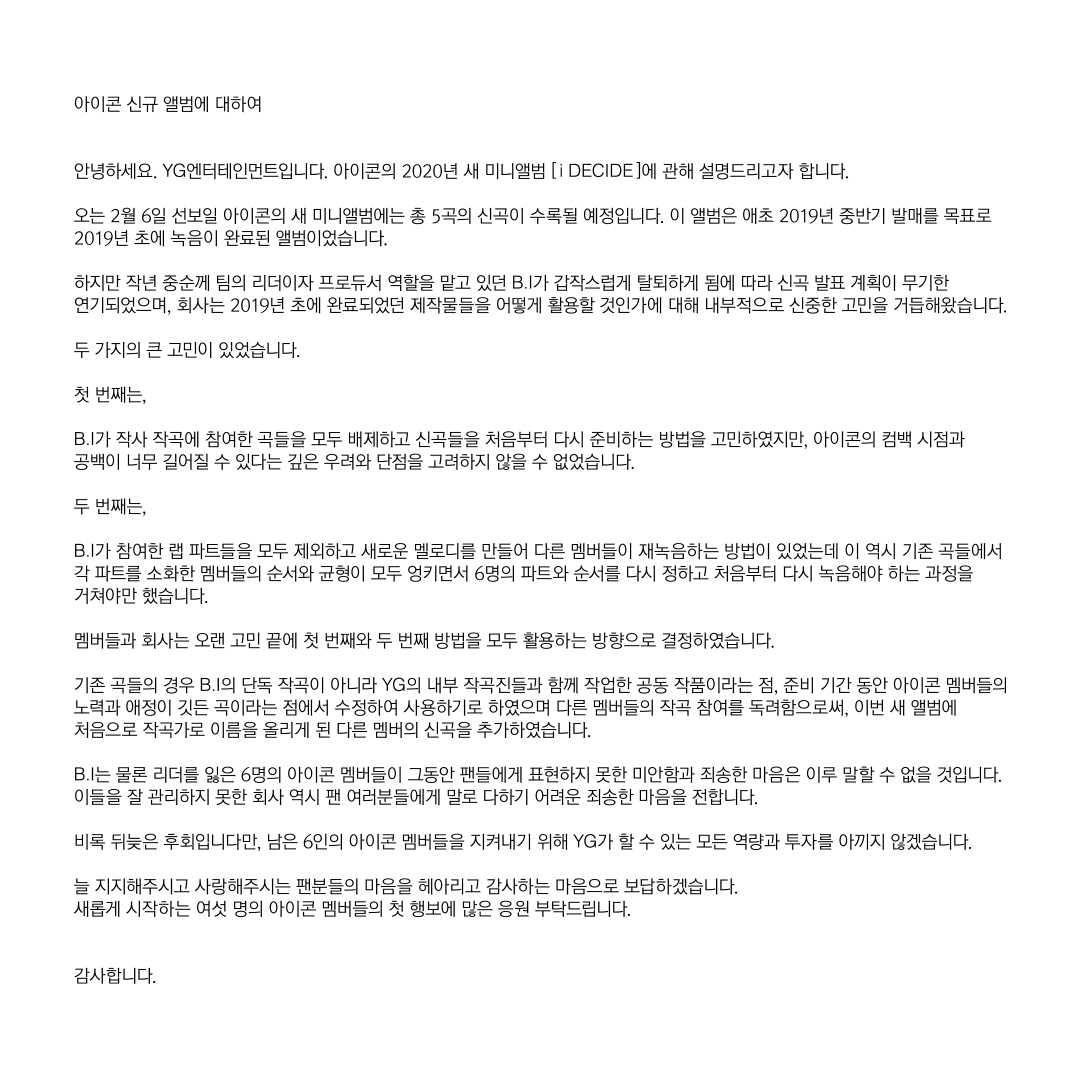 "Hello, this is YG Entertainment. We want to address iKON's 2020 new mini album [i DECIDE] .

iKON's new album, to be released on Feb 6th, will include a total of 5 new songs. This album was originally recorded in early 2019 with goal of releasing it in the middle of year.

But in middle of last year, B.I, who was leader & producer of the team abruptly quit. Plans to release the new song have been postponed indefinitely & the company decided to release pieces that had been completed in early 2019. So we thought internally about how to use it.

But there were two big problems:

The first one is B.I considered how to prepare the new songs from the beginning. If we excluded all the songs that he participated in the songwriting process there were deep concerns and drawbacks that iKON's comeback gap will be too long.

The second one is, except for all the rap parts that B.I participated in, we created a new melody that other members had to re-record again. But the order and balance of the members who sang each part in the previous songs was all mixed up.

We had to re-set the six parts by each person and re-order and re-record it from the beginning. After much consideration, the members and the company decided to use both the first and second methods.

As a result, for existing songs, it's not solely B.I's solo composition, but rather a collab with other YG composers.

During the prep period, we decided to modify & use B.I's song because it was a song that was created by hard work & affection of all iKON members.

By encouraging other members to participate in the songwriting process, the new album will have the original songs composed by B.I as well as new song composed by another member.

Of course words cannot express how sorry we are to the 6 iKON members & to the fans that lost their leader B.I. We can only say we're sorry and apologize coz we weren't able to manage them well. Although it's a belated regret, we want to protect the 6 remaining members.

YG will spare all the capacity and investments for iKON.

We appreciate your support and love and will repay you with our gratitude. Please cheer for the new six iKON members.