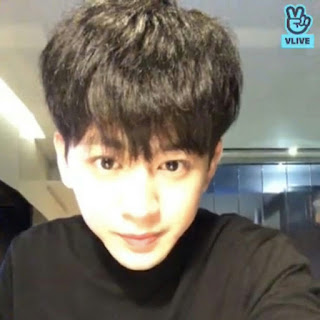 Yunhyeong said he often watch mukbang on youtube he just love good foods so he enjoys that
— 에라ish (@syh_bae) February 24, 2019

Yunhyeong asked viewers what we are doing right now not sleep yet this is already sleeping time though @sssong6823 you’re the one going online at this time btw hahahaha pic.twitter.com/0I3b61ICwK
— 에라ish (@syh_bae) February 24, 2019

A little kid came and asked to take a picture with him while he was sleeping/rest on the plane. He said he was looking haggard at that time but the kid is super cute, he just couldn't say no.

Yunhyeong said he feels thankful fans turning on his live and he is sorry for not being on live very often
— 에라ish (@syh_bae) February 24, 2019

The kid’s mom posted this

“Thank you Yunhyeong for making amazing memory for us. He was really shiny even on the plane”