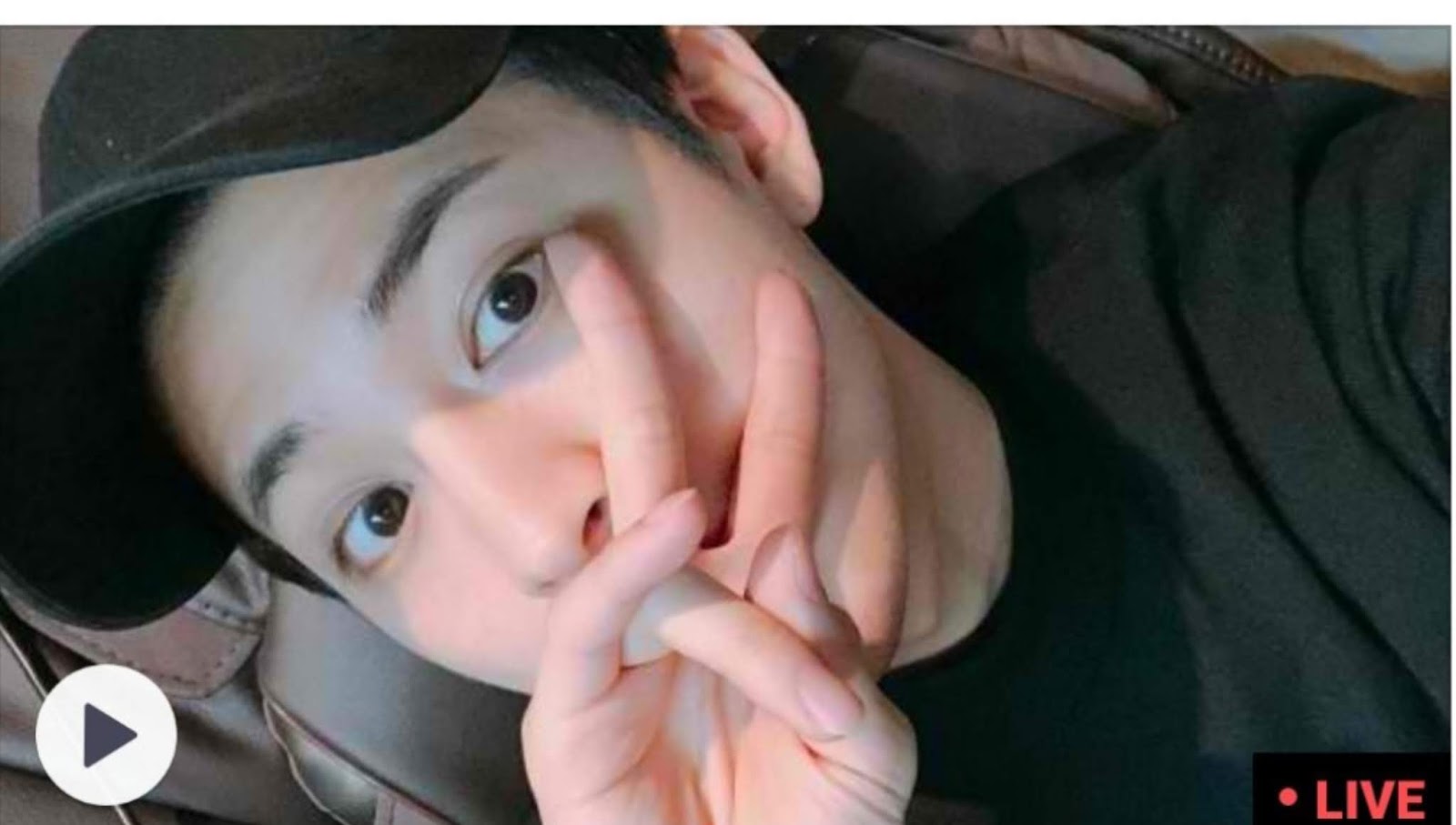 Yunhyeong: Hanbin finally went into the jungle. He sent us a message today saying its tough. Seems like he ended shooting today, that's why he could send us a message.

Yunhyeong: I'm alone in this wide hostel. Hanbinnie went into the jungle and Chanwoo went back to his home. I help shooting for Chanwoo Sari today. Please look forward to it! I'll upload my vlog on a specific day.

Yunhyeong: I went for a meeting today so I have a daebak news, something no one tell you guys before.

Yunhyeong: I've been preparing long for this. Finally, I'm having my own YouTube channel! Please clap for me! Isn't it daebak!?

Yun: But the main content for my youtube channel isn't vlog. I've been wanting to do so since before but Chanwoo just did it. Now with Chanwoo having almost 400k  subscribers, he could help me and I could help him. The main contents is cooking guys, with some vlogs.

Yun: The name of my youtube name is out. Are you curious? There's a lot of choices.

Yun: The name of my channel name contents my name and what I'm doing for my content. It has some sense into it ~

Yun: I planned to upload twice a week, because waiting is boring right? If I work hard I could upload 2 in a week. Now Chanwoo is a big sunbae in youtube, will him collab with me? 👀

Yun: I'm editing own my videos. Since vlog in my own story, I wanted to show my own style and also the subtitles will have my own sense (?). It will be good to have a profrssional, but it'll lost my style. I'm editing with my hp, although it's not perfect, but it's cute isn't it?

Fan: Where do you learn editing?
Yun: I learn via Youtube. And the more I do the more I get used to it. I still can't give advices because I'm still new.

Yun: Since its my new hobby don't worry about me being tired. I'll start from simple dishes. Recently I'm into baking maybe ill make some bread (?)

Yun: When I'm watching ASMR in youtube, I want to do it. Please look forward ~

Yun: Junhoe's birthday picture? It's it cute (?). I really wanted him to be happy that's why I uploaded it.

Yun: Hanbin is still in the jungle but seems like the shooting has ended.

He said he is preparing something that he has prepared for quite some time! which is HE OPENS A YOUTUBE CHANNEL OFFICIALLY!!!
Yunhyeong: applause!!! send me the applause emoji ! Do you think it'll be a hit? I hope it'll be.

Yunhyeong: I hope it is!! but it's not all about vlog! are you surprised? Many fans have encouraged me to open a YT channel like 'show me your cooking on YT' and I want to challenge by making a YT acc

Yunhyeong: what do you think the channel's name will be? It's not 'Yunhyeong's vlog' absolutely not that. 'Song Homie'? after I was done with awesome feed it's not longer exist
It's not 'yunhyeong sari'

Yunhyeong: my content will be cooking, ASMR and VLOG. More than anyone I have confidence in eating.

someone commented on his eating confidence?

Yunhyeong: subscribe? it's not published yet. I'll let you know when it's all ready and you can subscribe to it.

When Yunhyeong was about to end the broadcast, he said he's here to give some information about the youtube channel then he said he thinks that he had told us everything alr.

Yunhyeong: My goal is to upload two videos in a week.

yunhyeong: vlog is really just a daily blog of my life, so rather than a professional editor, i preferred that i edit and add subtitle etc by myself. to really send my thoughts through

yunhyeong: i always wanted to do it, i was just looking for the timing. i hope a lot if people wait for it, bc i worked hard.

yunhyeong: i learned editing for the app i use on YT! this makes me sound like im a professional but ive just began learning

e mentioned just the vlogs, the cooking videos will be edited my others~

yunhyeong: im interested in baking too, im planning to make cookies or bread or more.. pls wait a lil more, for me to get more ready

yunhyeong: bc its asmr, i wish to cook food that tastes and looks and sounds delicious. macarons will be good too~~

yunhyeong: the junhoe b-day pic i uploaded! isnt it so funny? i wish for him to laugh like that everyday. thats why i uploaded it