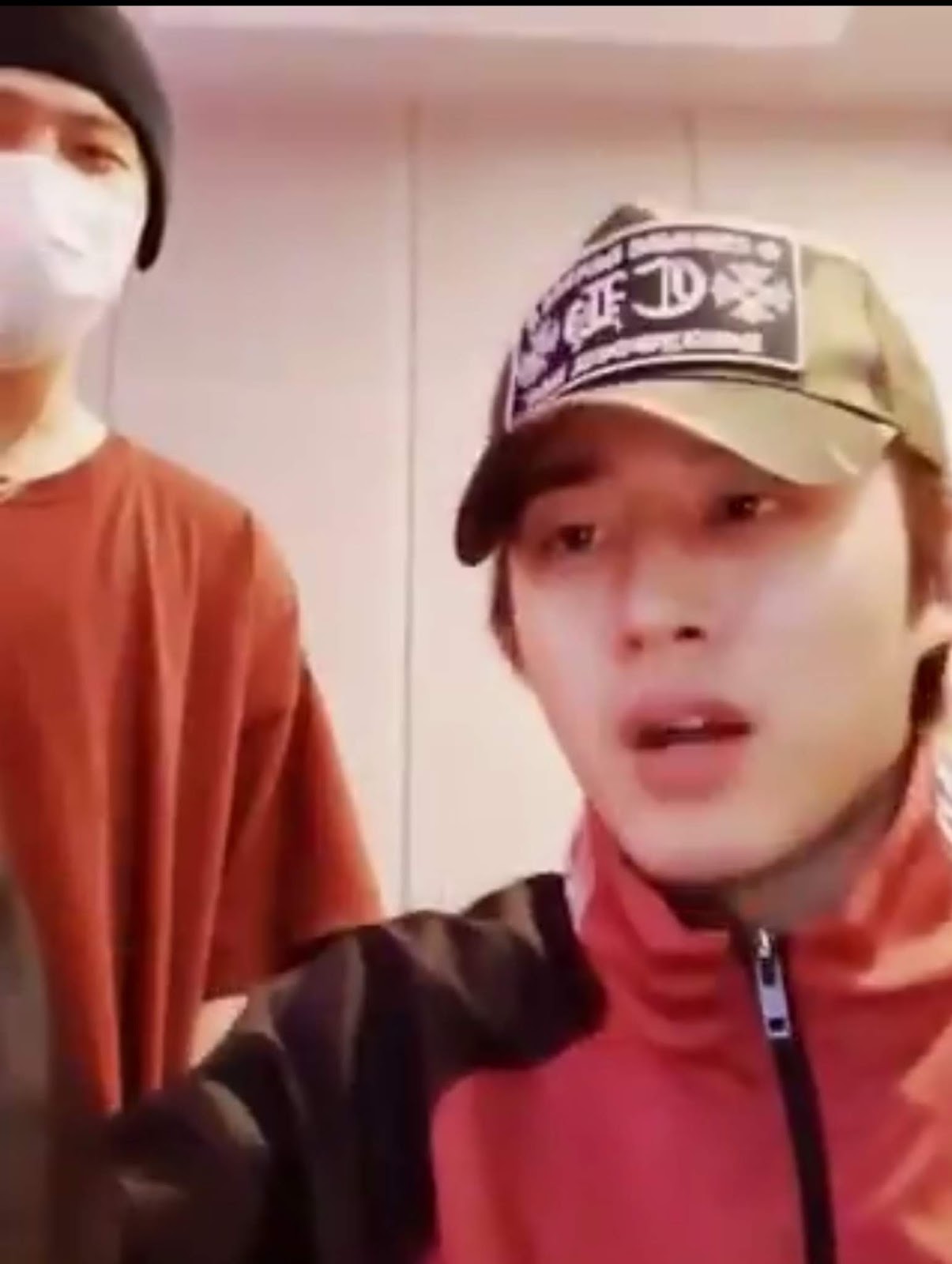 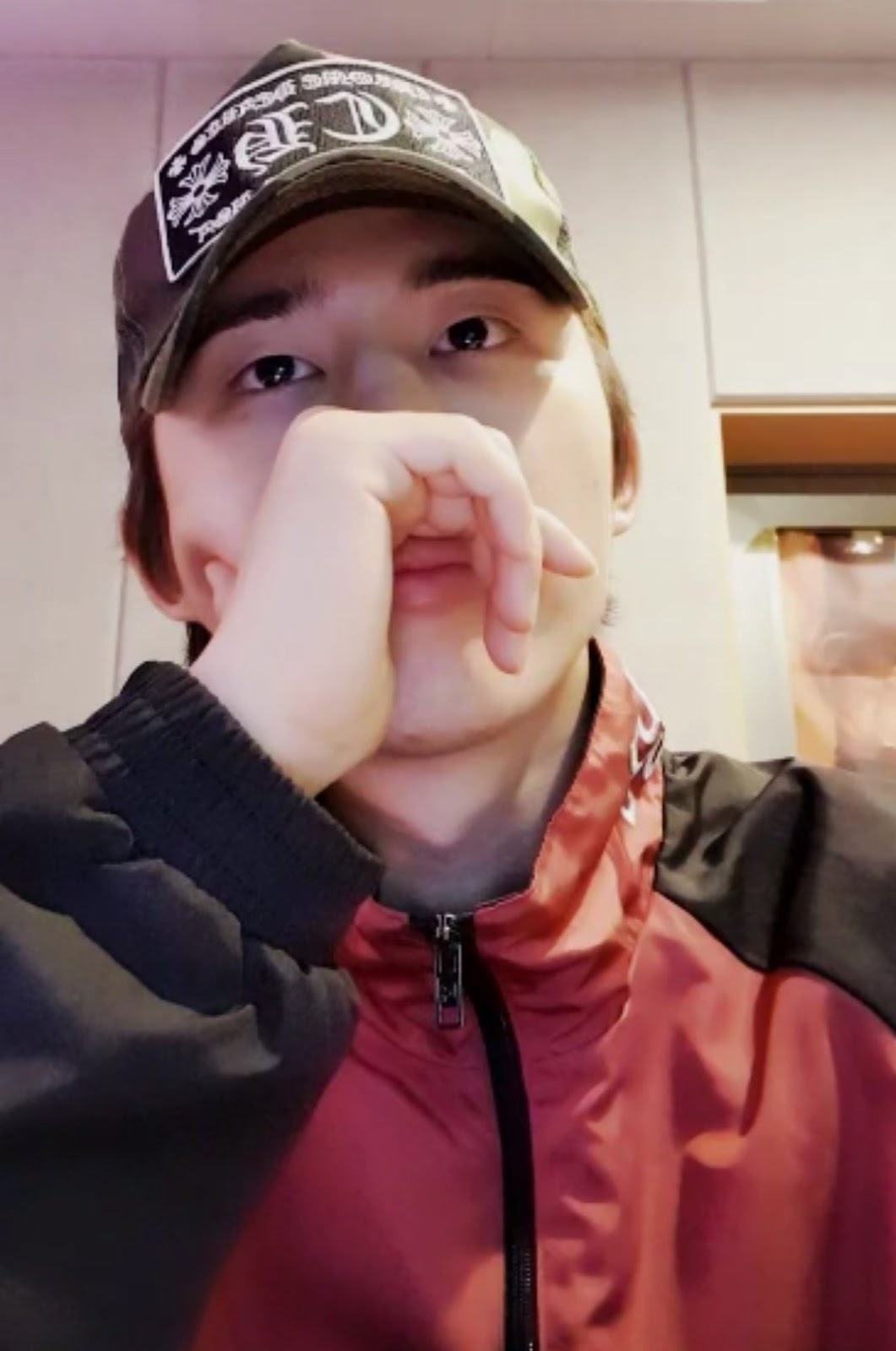 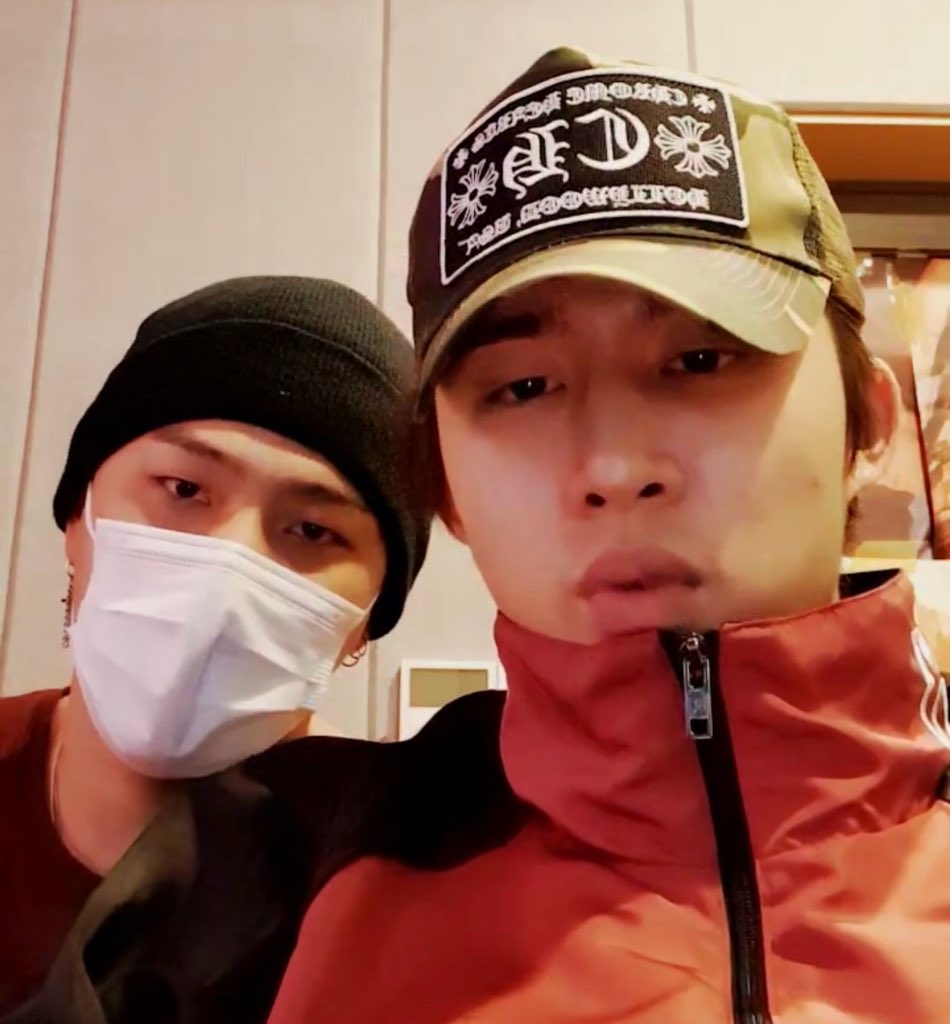 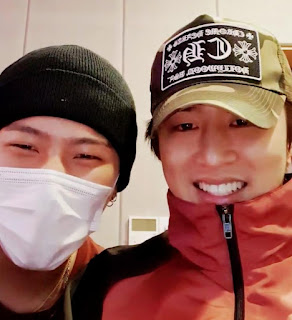 Hanbin: I can't stream for a long time because I have a recording. Have you all been well?

Hanbin: Haven’t been doing ch+ at dawn because I’ve been sleeping from 1am to 12pm. I don’t really do stuff at dawn anymore.

Hanbin: the filming of LOTJ went smoothly. I personally felt it was really fun but I was scared too. But I managed to become close to those who went to the jungle with me

Hanbin: the reason why I’m keeping my hair long... nothing much, I just feel that by keeping long hair it’s essier to style my hair, but you can’t do it with short hair. I’m currently keeping it long to style for CB, then we’ll decide whether to cut or not

Some fan later on commented and said "Please cut your hair" and Hanbin replied "Is this my mom?!" 😭😭

Hanbin: Yes! We have a fanmeeting. We did two last year and I figured it wouldn't be good to keep you all waiting for too long.

Fan: Canada is waiting for you
Hanbin: Canada? Will definitely go there. US? Definitely. US was fun.

Hanbin: Reggae hairstyle? (I’m not keeping my hair) to challenge those kind of hairstyle, nor the explosive kind

Hanbin: I havent composed in a while so yesterday I composed a lot until late. I haven't eaten yet today because it would cut into my V live time.

Hanbin: I’m eating well these days bcs I went to the jungle and there weren’t much to eat, so I was craving rice. After filming ended, I ate a big bowl. Bcs rice was super precious in the jungle and I couldn’t bear to eat it .So when I came back to korea, I ate all the rice that I could eat, so I gained a little weight, and gained a tummy. I’m currently exercising everyday.

Hanbin: it’s the first time in my life I grew a tummy.. it’s kind of seriously a tummy... preciously my tummies were the cute kind

Hanbin: I also wish to see a bigger world, see more people.. we’ve been to to China since 2 years ago but we haven’t been there much recently other than the FM the other time.

Hanbin: of course I wish to do a concert in China, and to visit China also.. to see the Chinese fans and communicate with them.. but we can’t do that yet

Hanbin: I’m a little tired now because I’ll usually be sleeping at dawn. I went to the hospital in the morning and stuff

Dong: Hyung are you a morning person?

Hanbin: for the fans who will be attending both 1st and 2nd round of FM, both stages will be a little different. The overall stages will be similar but the details will be slightly different, but it’s hard to say. Maybe after saying this, everything will be the same

Fan: have you seen One’s drama?

Hanbin: I haven’t sent her private life yet. One hyung became a idol, I see

Dong: but he’s originally very handsome
Hanbin: yes he is

Hanbin: last night we met for a meal and I had a gift exchange with One hyung. I received 3 books from One hyung and then we exchanged 3 of our clothes. He borrowed 3 of my clothes.

Hanbin: we’re like team mates. I could clearly feel that we were more than acquaintances. We were had those close relationship that shared food, clothes and lived together. We shared a camaraderie love that came out of the need to survive (in the jungle) It'ss a different dynamic from a close hyung or friend. Lee Seungyoon sunbae was very funny.

Fan: cut your hair!
Hanbin: what? Is this my mum?

Hanbin: of course we were first shy because we first met each other at the airport. We kind of didn’t have anything to say to each other then.

Hanbin: when we were at the Thai airport for 2h, our phones were confiscated, but we were all not close to each other, and it was quite awkward, so I could only stare into blank space, I couldn’t bend my head, so I was just zoning out in front of me

Hanbin: but whenever anyone asked me questions, I would answer them sincerely

Hanbin: although it was very awkward in the beginning, but when at the jungle, it didn’t matter whether it felt awkward or not, bcs the most important thing for us was to survive the jungle

Hanbin: when you need to work together (to get things done), even if it’s a person you dislike, you’ll realize that the dislike becomes unimportant at the jungle

Hanbin: Yunhyeong hyung’s vlog? Haha *hits the table with a sigh* as long as we’re out eating, on the move, or when I’m awake, I always see the camera in front of me

Dong: it’s like we’re 24h on cam. But the interesting thing is, he did the editing really well

Fan: what was the most recent movie you watch?

Hanbin: I watched “Us”

Dong: Us is very scary

Hanbin: I watched Us recently but it wasn’t even scary one bit. I even laughed when watching it. There were some funny scenes.

Fan: I have a dressing planed for FM, don’t get shocked

Dong: the amazing thing about iKONICs is that they originally already have been dressing very outstandingly, to the point we don’t get shocked anymore

Hanbin: but if you’re gonna wear that outfit from home to the metro, to the public buses, (to our FM), we’re gonna give you our approval and give you a special interview

Fan: since you’re gonna set a dress code, why not set it as cosplay?

Hanbin: why not dress up like it’s Halloween? Even though we’ll be dressing up nicely but you all will be in cosplay dressing

Hanbin: don’t I have my fav anime? I’ll decide from a judge’s point of view, to give the most interesting cosplayer some merch or some kind of rights

Hanbin: Donghyuk you haven't done a v live in so long! You need to communicate

Donghyuk: I will! I was planning too but I changed phones and had to reinstall everything. I will soon

Hanbin: They said your newest dance on IG is cool

Hanbin: We got a message in the iKON group chat

Donghyuk: Someone important is coming

Hanbin: When I first went to the jungle, it was so awkward. I had no roaming on my phone. I was just looking at air. I would reply to people that talked to me but I just looked at air.

Hanbin's telling Donghyuk to do v night now that they're not touring :')

Fan: What is Yunhyeong oppa doing?

Hanbin: He has to come here for the recording

Dong: Hyung why are your songs all in a high key?

Dong: The song this time around is super high, the vocal line is tired

Hanbin: Don't be too sad, we'll do this again for sure.

Donghyuk: It won't be too long until we meet again!! Bye everyone~

DK: It feels like he filming for 24/7.. But he really did a good job. The editing is really well done!

BI: He takes around 8 hours to edit a 10min long video

Hanbin said there’s always a camera in every situation. When they are on move from schedule to schedule or to go eat,, whenever he look up he always see a camera in front of him. Yunhyeong filming for every moment. And it is for Yunhyeong’s vlog..

Hanbin shared on his live today (update about Yunhyeong’s vlog) that it is hard (lol even for him as dorm-mate/member) nowadays because Yunhyeong always on his camera taking video every single moment. And he took almost 8 hours for Yunhyeong to edit his content every time.

When will Hanbin’s lotj on air though? I miss ikon on variety shows sooo bad we are ready for ikontv s2 in case you curious the ikons
Admin
Add Comment
B.I , CH+ , Kim Donghyuk , Vlive
Thursday, 18 April 2019