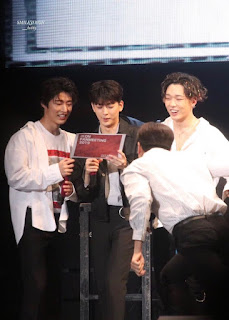 Ora Tokyo sa iku da [I'm going to Tokyo] is the name of the song June's been into lately. The one about having no TV or radio. He kept bursting into song today too...

After they came out a little girl screamed Dong-chan!!! so Donghyuk went over to the side of the stage and called her over, and she ran up to him... but I guess she was shy because she didn't talk and was like 😐. Donghyuk kept asking her questions but she wouldn't answer lol.

He picked her up and put her in his lap. 😭 But when he put her back down she went off crying and he was like "Sorry ;;" and then June (and some other members) were saying Donghyuk was too scary. And he was like "earlier she very excitedly screamed Dong-chan!!! but now..."

During charades Bobby got "drunk" so he was stumbling around and his team was like "June!! Koo June!!" 😭

The first game they played was they had to ride little balloon donkeys around, and as soon as June sat on it he fell over. Hanbin and Bobby (mostly Bobby I think) were like... beating their donkey up for some reason.

Also our MC was Furuya-san and when he came out everyone screamed so loud that iKON was like "Your reactions for him are better than they were for us!!!"

Before the donkey game Chanwoo was whispering with Jinhwan, and then Jinhwan said that Chanwoo's legs weren't in good condition so he'd go twice.

Hanbin came out eating a banana for some reason... and Bobby had his hands on Hanbin's shoulders almost the whole time.

June almost skipped me but at the last second he made this face like ??oh?? and brushed my fingers lol

Jinhwan did something similar. He was making a weird face already for some reason but was like (๑╹ω╹๑ ) at me when we made eye contact.

Jinhwan?: You bought that for your sister, right?
Hanbin: Yeah.
Jinhwan: So then why are you using it?
Hanbin: It's pretty...

Hanbin bought a Hoppe-chan mirror for his sister but brought it out on stage with him for some reason. He kept taking it out and waving it around, pointing with it, and looking at himself in it. 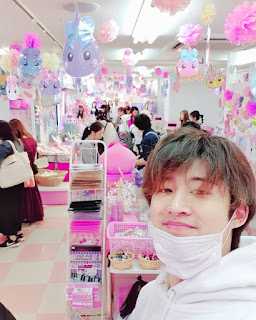 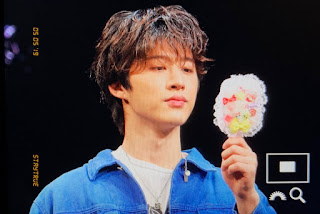 June: Are there any that say "I love June so so much I wanna die?"
Jinhwan?: Of course not

Bobby: Y'all are close so Chanwoo kiss Jinhwan's cheek!!
Jinhwan: It's fine~
Chanwoo: Can I kiss his hand instead?
Bobby: NO HIS FACE
Chanwoo: (hesitating)
Jinhwan: Just hurry up and do it
Chanwoo: (pecks his cheek)
iKON: (goes insane) 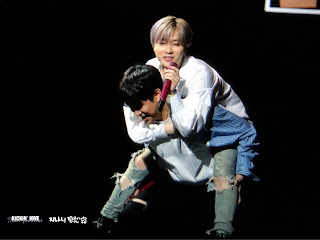 So Chanwoo gets on Jinhwan's back 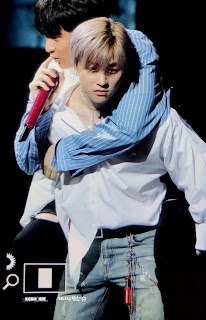 Donghyuk: Do you like Chanwoo?
Jinhwan: I do.
Donghyuk: Then scream "I love Chanwoo" and run around the stage!!
Jinhwan: (slowly lumbering around) I love Chanwooooo 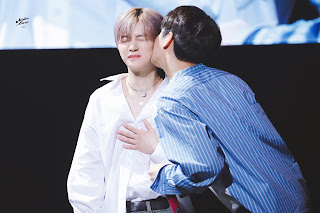 Jinhwan: His lips are unexpectedly soft....

Yunhyeong: Donghyuk! Because he's cool when he's dancing.
June: And that's just for show, tell us how you really feel.
MC: What?!
June: He's always teasing Donghyuk backstage so he felt bad and picked him.

Yunhyeong: Pick who I really want to pick? Then me!
June: And there it is.

MC: What about you, Jinhwan?
Jinhwan: (grimacing)
June: Pick as if you didn't know everything about us already, as if you were a fan who only knew about us from how we are onstage.
Jinhwan: Then Bobby.

Request Corner: If you were an iKONIC, whose fan would you be? (Jina picked Bob)

Then I think Furuya san asked again for a reason? I don't remember exactly.

June: I feel like I've improved my Japanese ability during these fanmeets. Since I've just been speaking Japanese nonstop.
MC: Oh? But just now you said "annyeonghaseyo" to me.
June: Did I? I don't remember this...
MC: It was literally just a few minutes ago.

June: Chanwoo is johnnys-kei.
Chanwoo: What's that?
MC: People who seem like they'd be part of johnny's are called johnny's-kei.
Chanwoo: Is that a good thing?
June: Yeah.
Chanwoo: Then thanks...

[t/n: johnny's is the biggest male idol company in Japan.]

June: Yunhyeong thinks he's johnny's-kei but he's not.
Yunhyeong: (dying of laughter)
MC: So curiously, here we have a johnny's-kei kpop group...

June: Yunhyeong is nice to guys and he's nice to us, but it's totally different toward girls. To guys he's like "onegaishimasu~" but then to girls he's like (super deep voice) "yoroshiku onegaishimasu"

Bobby: For me, it's Jinhwan. He shows a really sweet side of himself.
MC: So he's kind?
Bobby: Yeah, but it's all a trick. He shows a nice side, but he's deceiving everyone.

June: Oh, well then I'm changing my answer to Jinhwan. I agree with Bobby. I pick Jinhwan because he's good at acting.
MC: So he's acting now?
Jinhwan: I'm always myself!
June: No, he's himself, but he's acting.
MC: So let's just go with he's half himself, half acting right now.

Donghyuk: Furuya-san ♡
MC: .......Um, the question is "which IKON MEMBER'S fan would you be"
Donghyuk: But earlier when you came out, everyone cheered for you!! iKONICs, you guys like him, right?
Fans: (cheering)

MC: I think this is from an elementary schooler. Let me read it. "I'm a boy. How can I be cooler?"

They show the guy on the screen, but he's an adult.

Bobby: Do you have a girlfriend?
Ryuta: Yeah!
Bobby: Get outta here!!
Ryuta: (beckons for her to stand; she's beside him)
Bobby: Both of ya get outta here!!

Ryuta said he was a Bobby fan, so they asked his gf who she likes, and it's Jinhwan 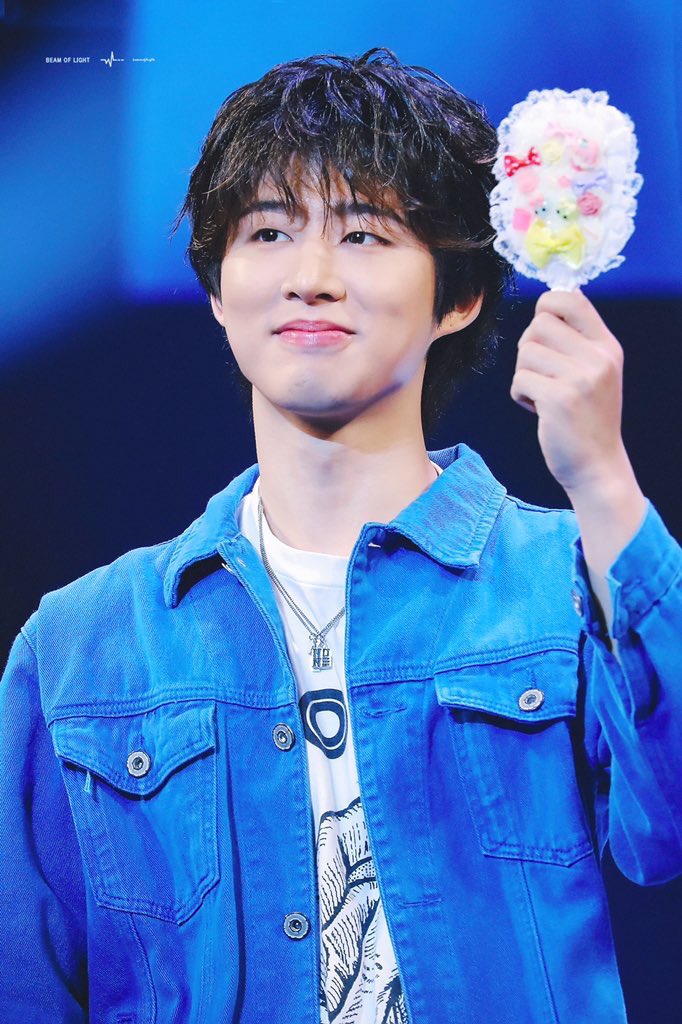 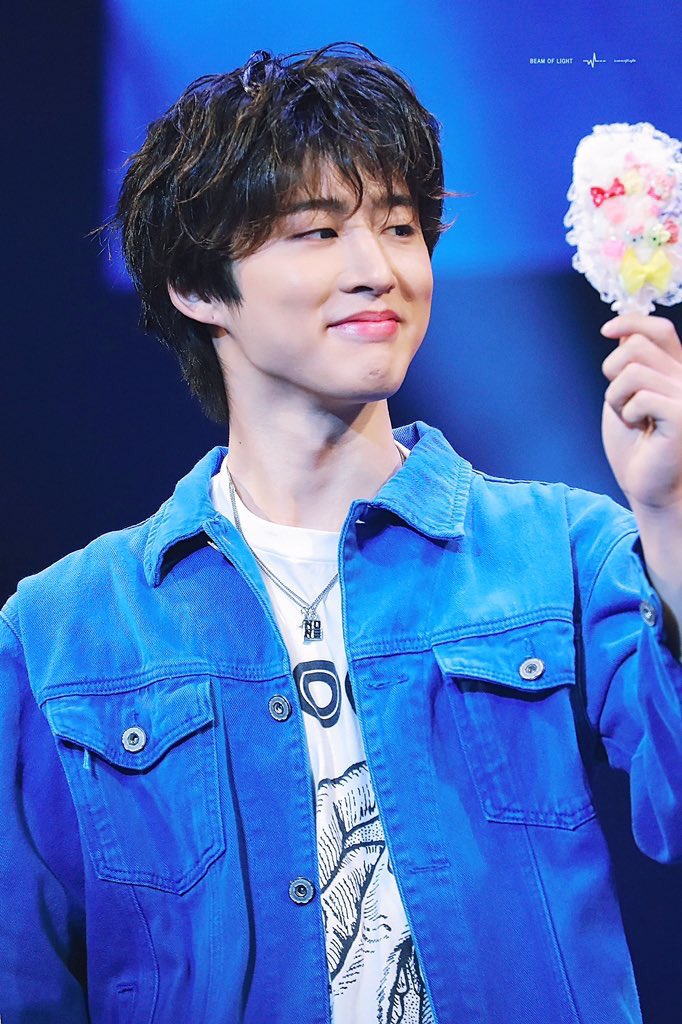 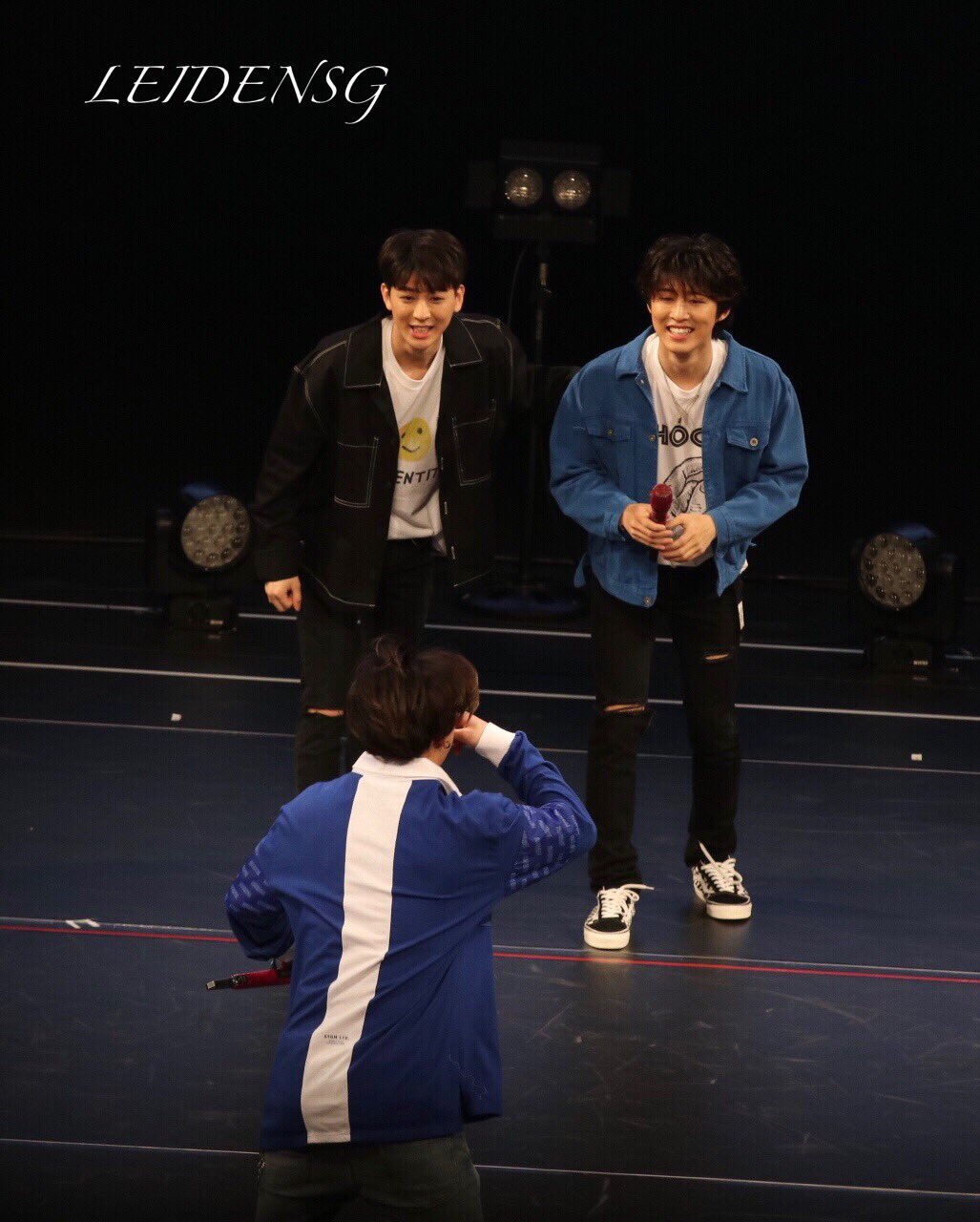 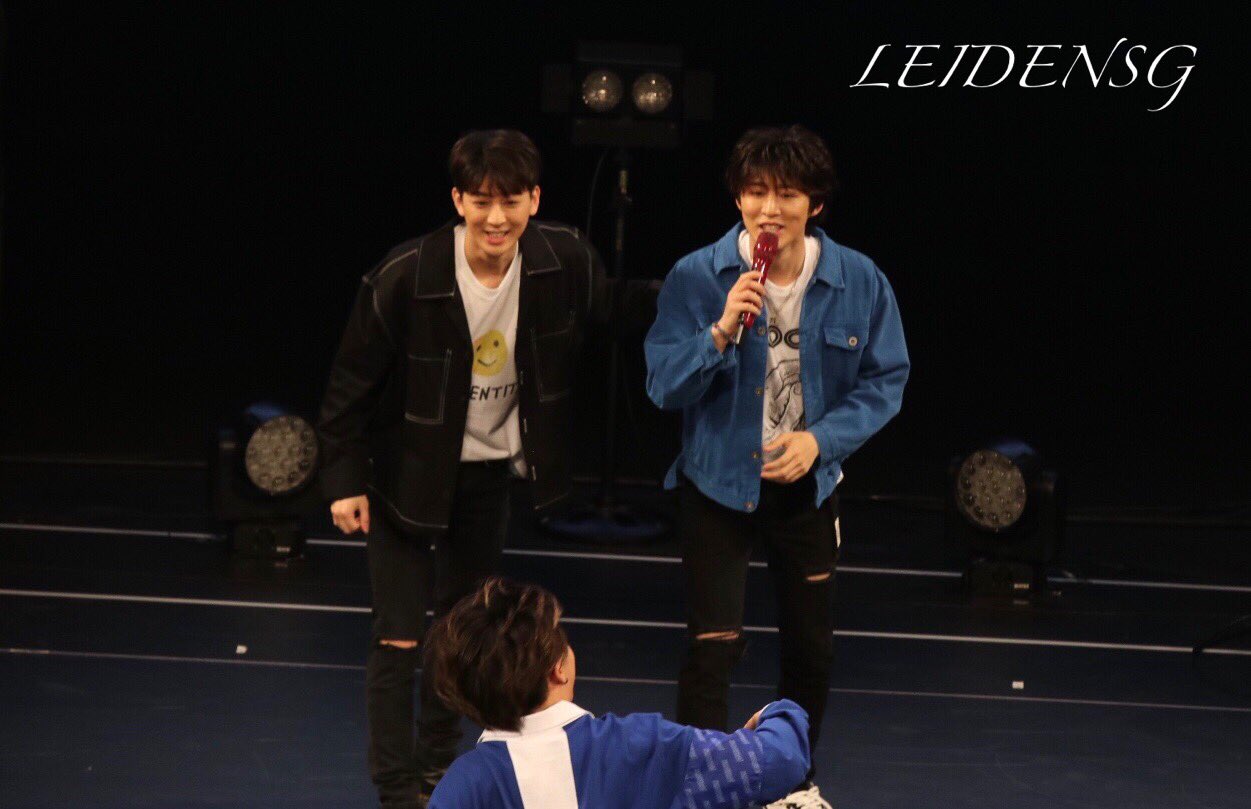 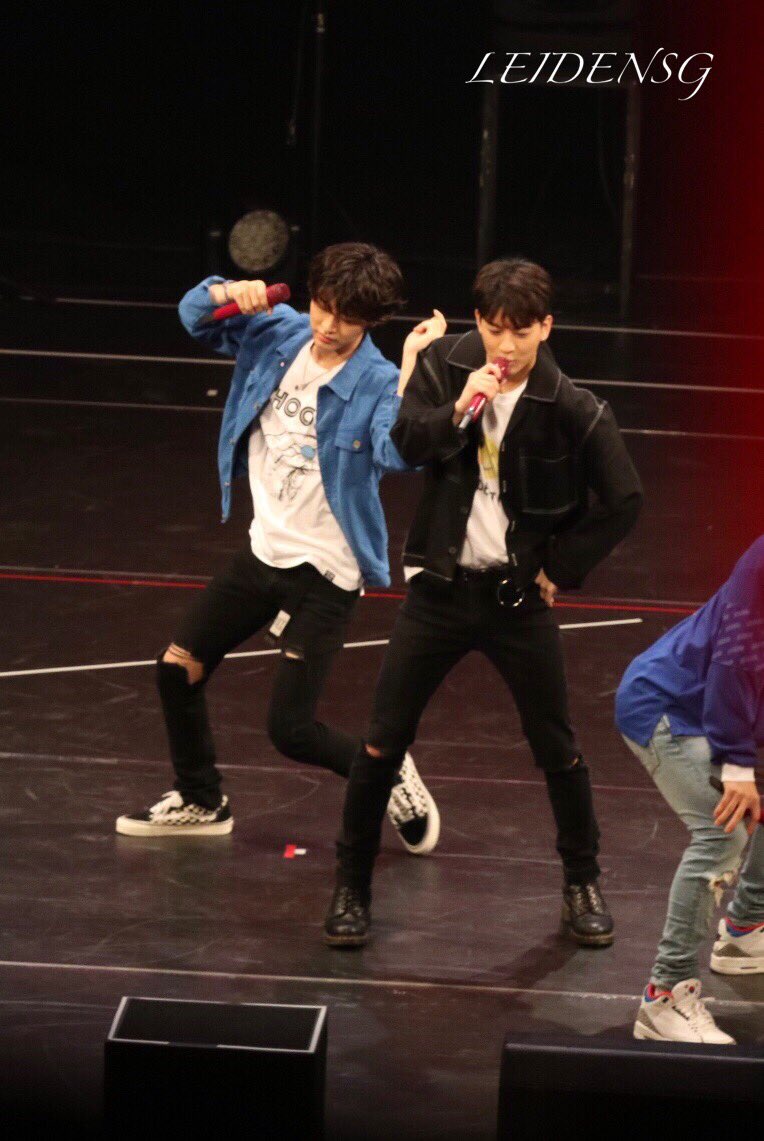 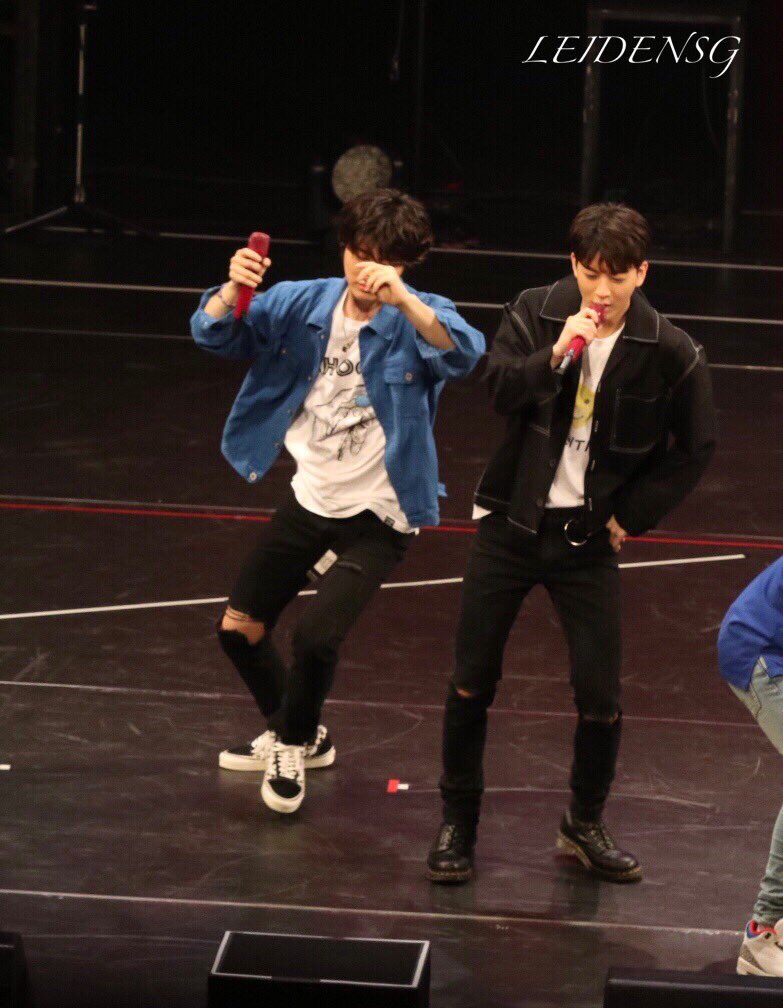 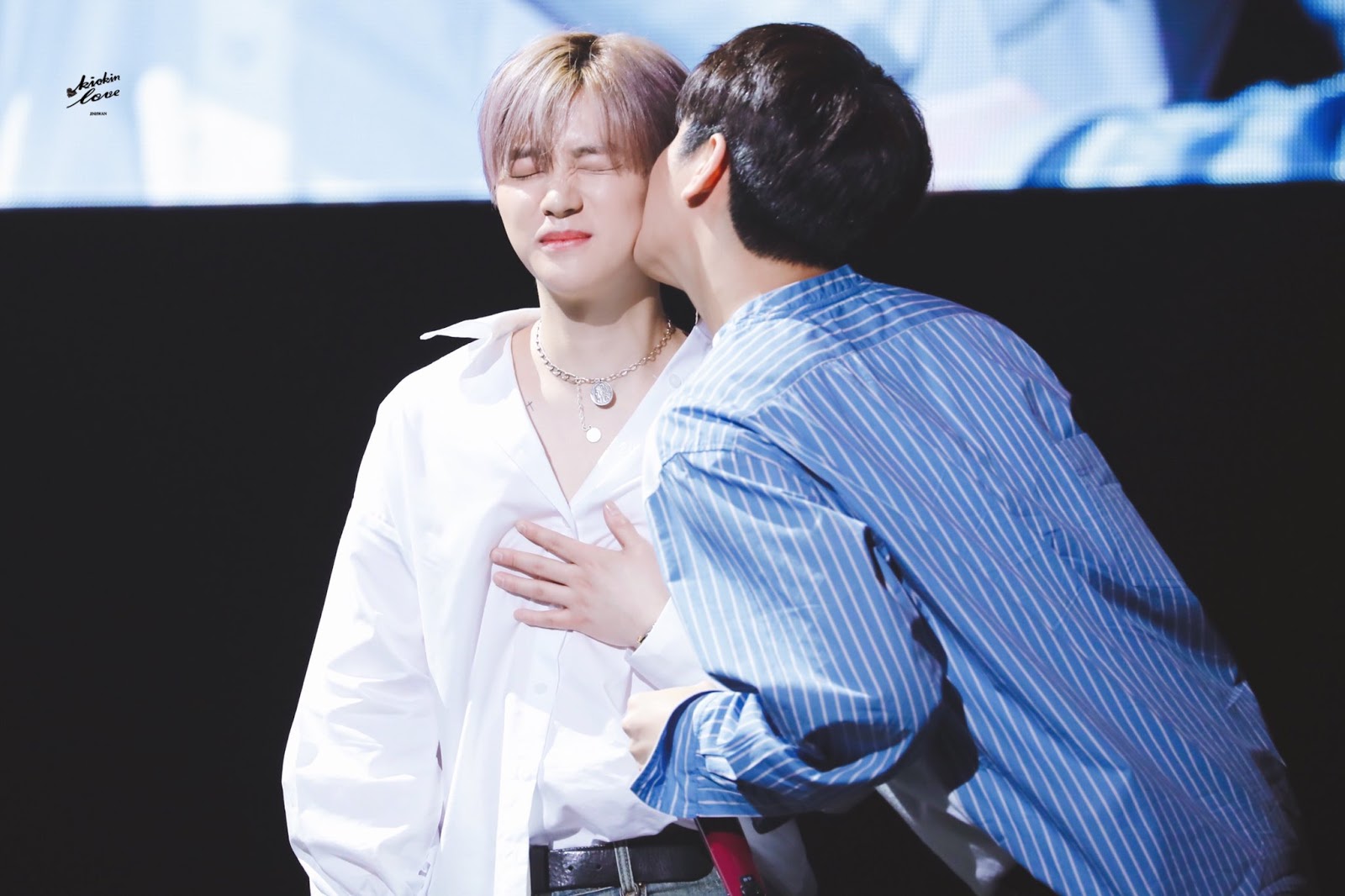 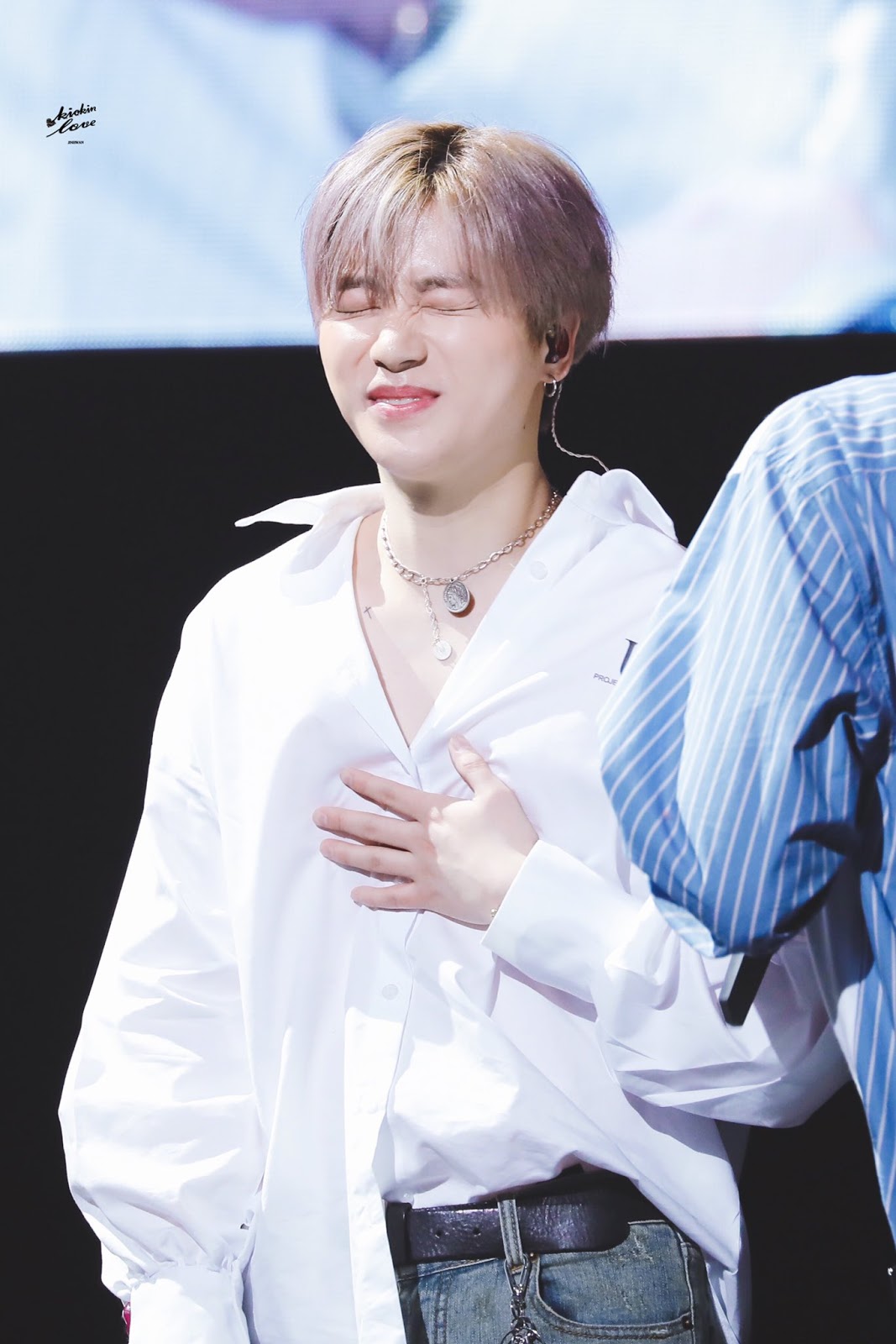 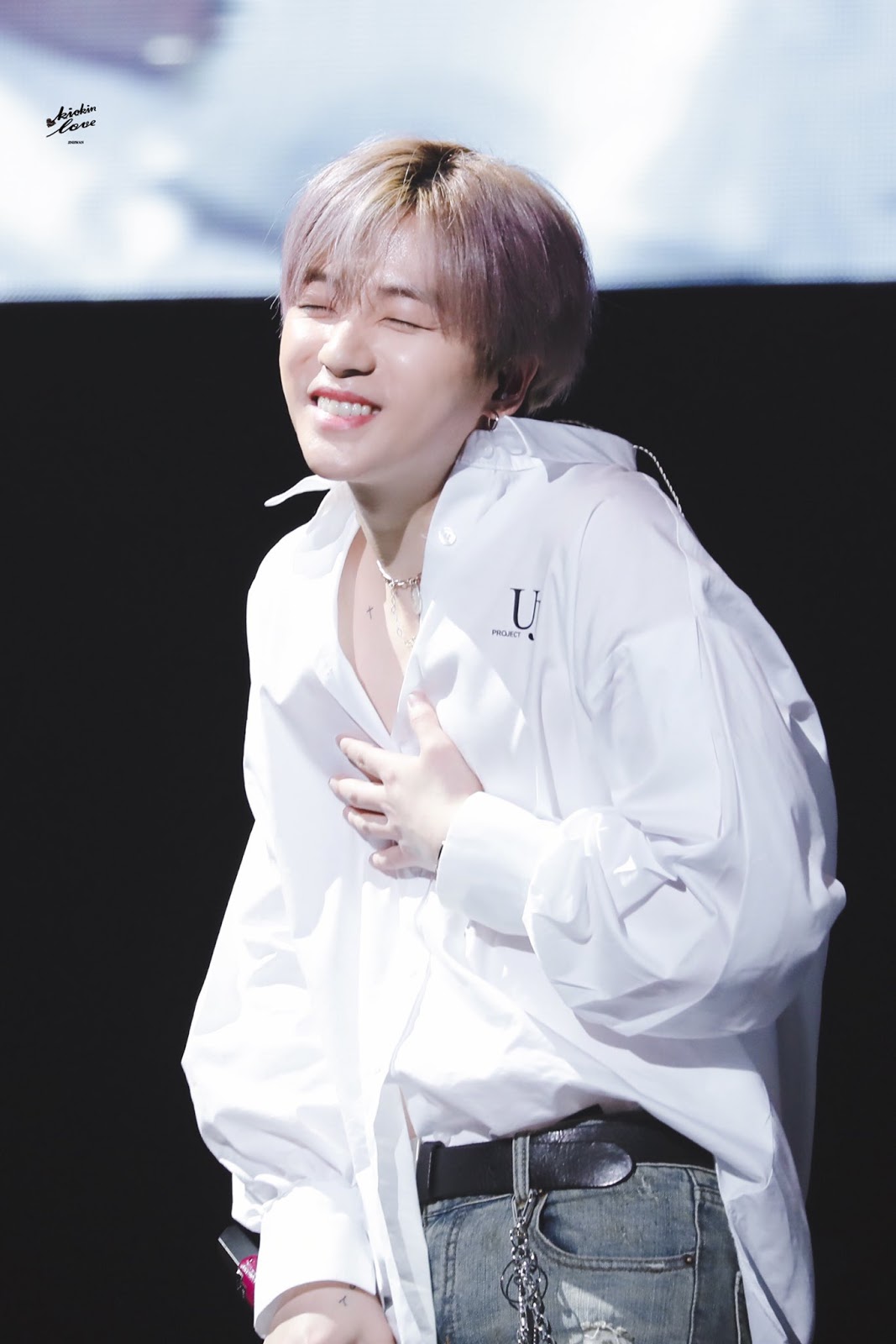