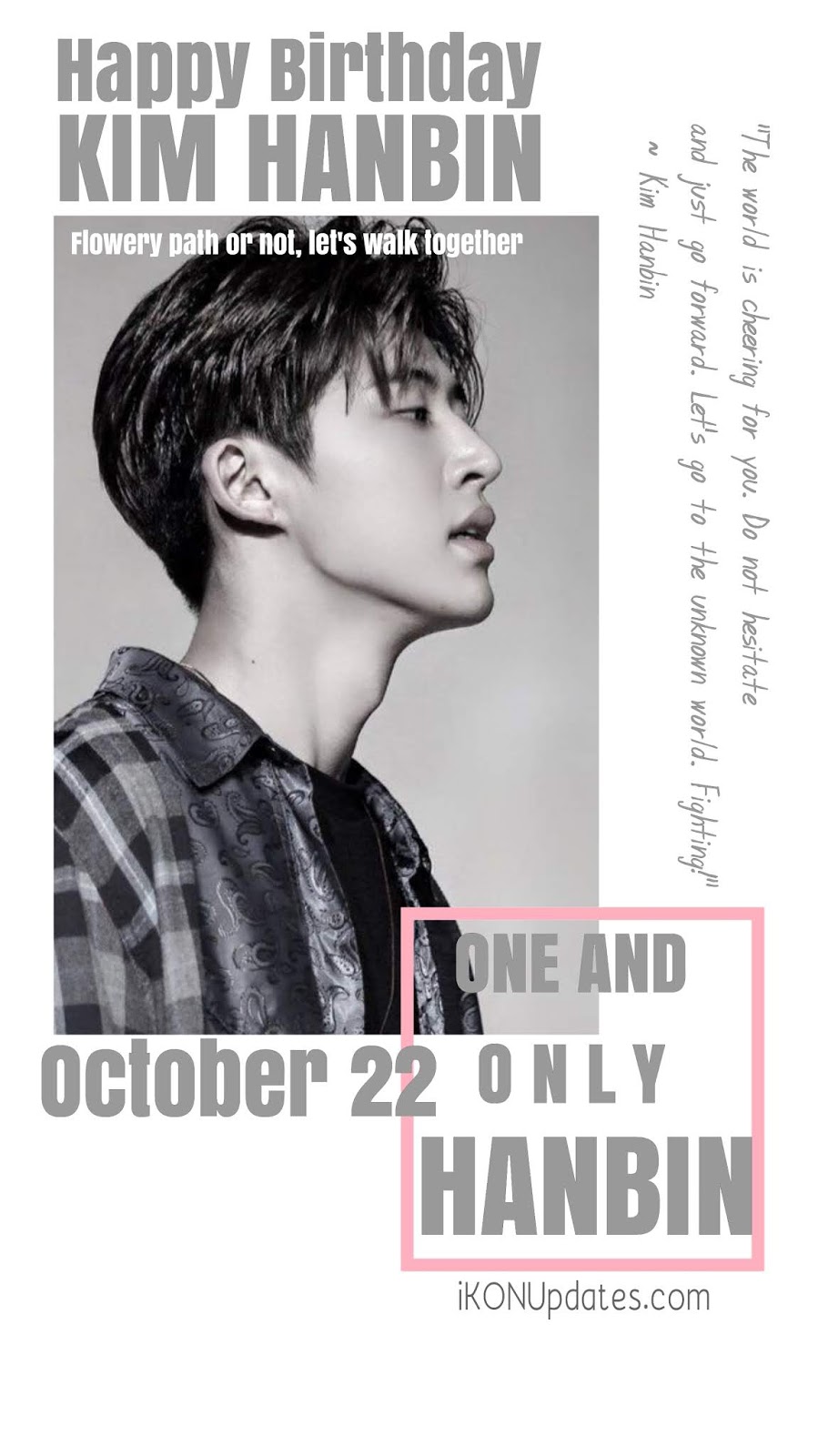 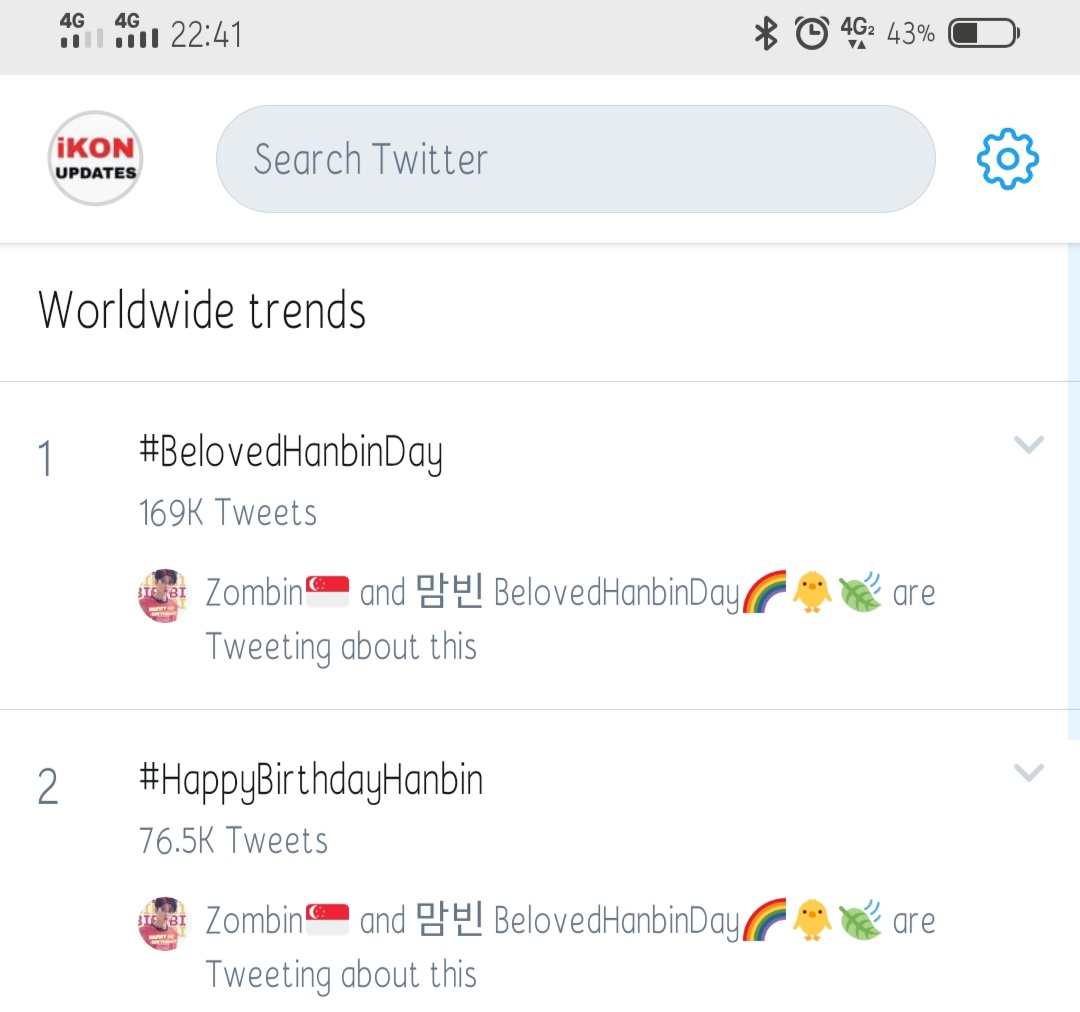 another birthday cake for hanbin🥳💫

Magical card will help you reach out to Hanbin and he'll visit ~
You can look at it on your friend's phone or print so you always see him!

#D1to131 The hanbin library has been established. It is for the children whose parents are away from home and work in other places. They need more attention and care from everyone. I hope the library can bring them more hope and good memories. Thanks @Baidu_KimHanBin and binic pic.twitter.com/usQfD9lDGg
— 🐯Binic-131 best song writer ハンビン (@bin1022heart) October 21, 2019

The screams when Hanbin appeared in the screen 🤣 This is the billboard ad in Baguio City, PH ♥️

#DearHanbin @ikon_shxxbi
May those gifts make you smile and make you full so we can see your chubby cheeks again. 😊

I would to thank each and everyone of you for making this project a success! We have donated 1,310,000 KRW under #131iconofHOPE and 131,024 KRW to celebrate our #BelovedHanbinDay 24th #HappyBirthdayHanbin 💕


#BelovedHanbinDay #비아이 #김힌빈 Kim Hanbin’s birthday supporting PART 3—a whole set of music production equipment ♡The meaning of love, march on side by side♡@shxxbi131 🔗https://m.weibo.cn/3835804312/4430181340884840 HanBin has always brought happiness to people with his lyrics and melodies. For this reason, KIMHANBIN Bar has prepared a whole set of music production equipment for HanBin. We believe that the journey of dreams is only the beginning. I hope it will go on the road full of sunshine and flowers.
A post shared by @ kimhanbinbar_china on Oct 22, 2019 at 5:02am PDT

When they sent a part of the gifts to the restaurant of Hanbin's uncle for the first time, they asked about how Hanbin is doing recently.

Hanbin's uncle replied that Hanbin's mental state becomes much better recently & he eats well and sleeps well. On that week, Hanbin even went to buldak131 to sign on all the fans' gifts and goods which was given before. & he asked his uncle to contact fans to return them back.

Hanbin's uncle asked us if we have anything to say to Hanbin. Our brains went blank for the moment, at last we only asked Uncle to tell Hanbin that "In China, there are many people loving him and waiting for him." and "Hanbin~ah~ must be happy! (wish you happiness)".

Last week after the music equipment was successfully sent, Hanbin's father also expressed the gratitude to Chinese fans through the equipment shop by (saying) "Thank you."

Cuz they haven't seen Hanbin for a long time, they purchased the clothes according to his previous style.

They started the projects since this summer to give Hanbin music equipment continuously. They were afraid that it might burden Hanbin but since music/writing songs is what Hanbin is passionate for, so they did a research very early for the equipment.

+They hope Hanbin can make music at ease.

There was supposed to be another project for the Lou Gehrig's disease which Hanbin has been donating for the last 3 years. But since the price of the music equipment is higher than what they expected so it's cancelled in the end.

And they decided to give Hanbin more professional and complete music producing equipment.

Hope through the gifts (music equipment), it can express C-Binics' concrete support and the love for his music.