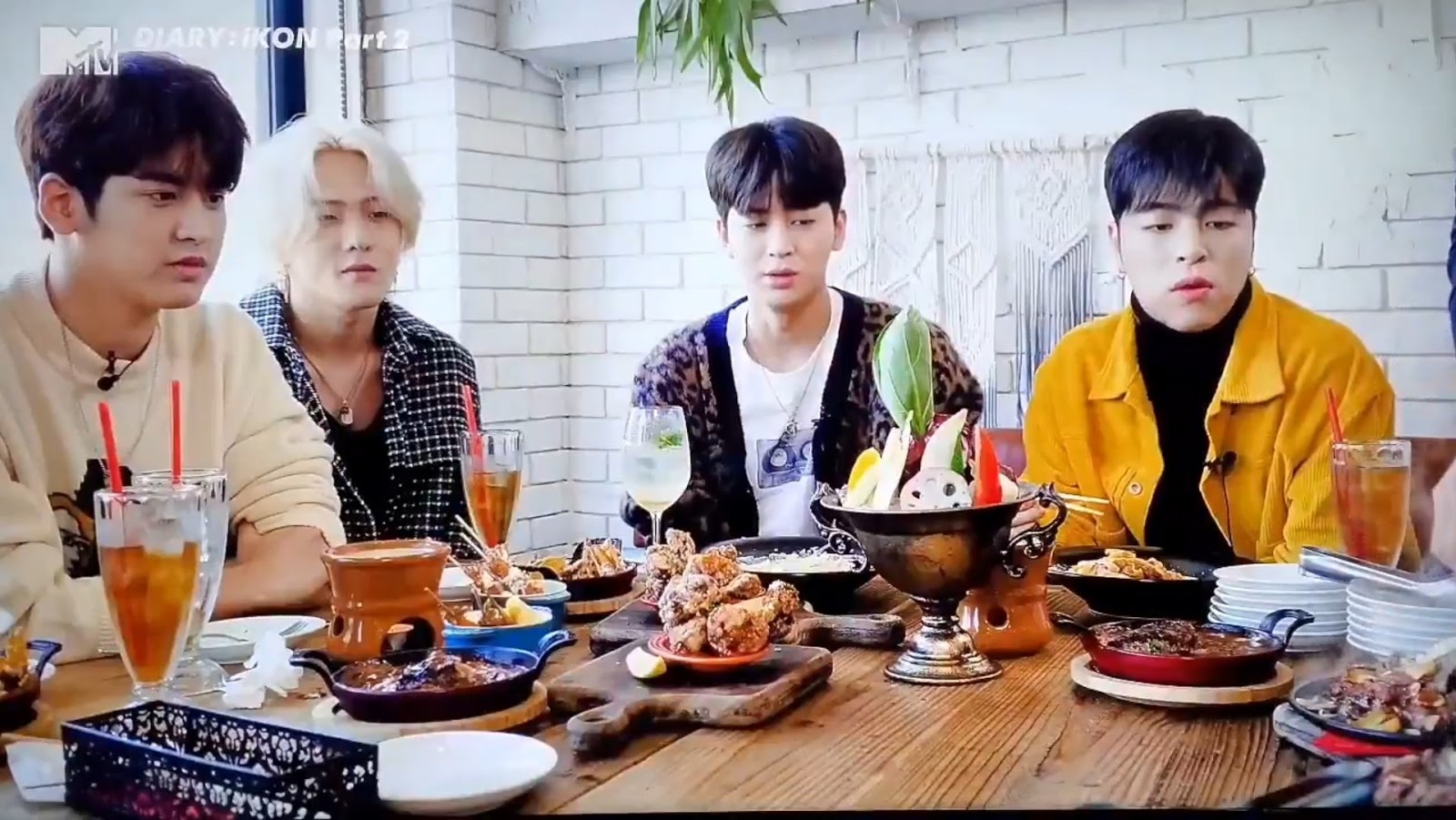 Junhoe: Before I came here, I searched for my name on Twitter and I was touched to see some people saying, 'Junhoe is nice' about me responding to fans' problems. Honestly I like listening to other people (sharing their) problems.

Junhoe: I thought he came to have a drink together,
Bobby: And as soon as I received the booze..
Junhoe: He said "good night" and left.

Dong: Usually I go out to eat with Bobby-san. But he can't eat sushi, so I'm with Yunhyeong-san now. Bobby is the only one in iKON who can't eat seafood. So whenever we come to Japan, all he eats are hamburger, pizza, although those are American food.

Junhoe: I always woke up late (when I was a school kid), so my mom cooked my favorite food to wake me up. She would be like, "I made you tteokbokki," and I would (wake up and ask her,) "Did you put oden in it too?"

(What are you thinking about when you're taking a walk?)
Junhoe: A lot of things. Such as, if we have a fanmeeting or concert the next day, what should I say. During a long walk, I think about deep thoughts.

June: Let me take the photo
Yun: No you don't
June: I keep getting photographed
Chanu: Hurry up!
June: (Holding the camera) How do I take the photo?
Yun: YOU DON'T EVEN KNOW HOW TO
Jun: Just tell me how
Yun: GIVE ME THAT
Admin
4 Comments
Reality Shows
Saturday, 25 January 2020